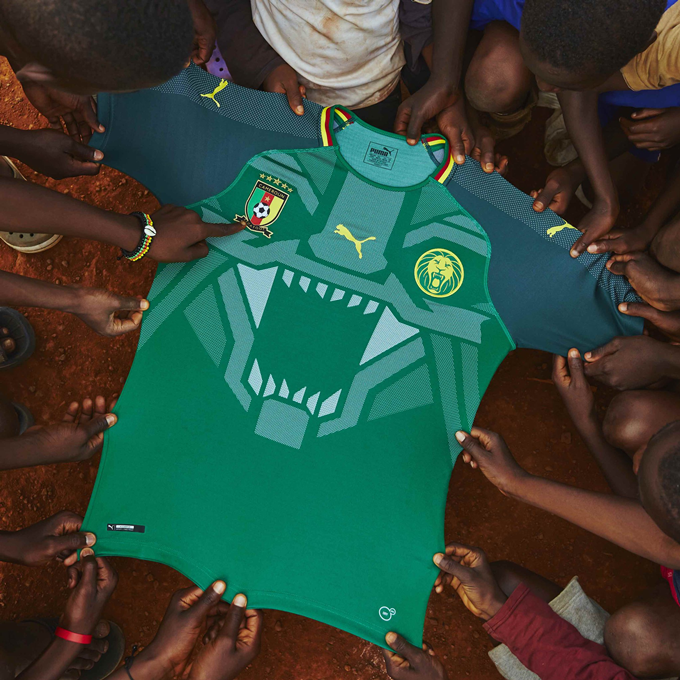 Cameroon have a rich and storied past when it comes to frankly peerless football kits, with both sleeveless and “unitard” efforts being gleefully foisted upon us within living memory.

While altogether more conventional in terms of its basic layout, the Indomitable Lions’ latest strip, revealed by Puma today, is once again a thing of vivacious beauty.

Rendered in the Cameroonian national colours: green, red and yellow, the jersey also features a large “roaring lion” motif across the chest which, given its angular style, looks like something from the wild animal wing of the Transformers franchise – definitely a good thing.

The launch video also features members of the current Cameroon team being taught to dance like Roger Milla by Roger Milla – again, definitely a good thing… 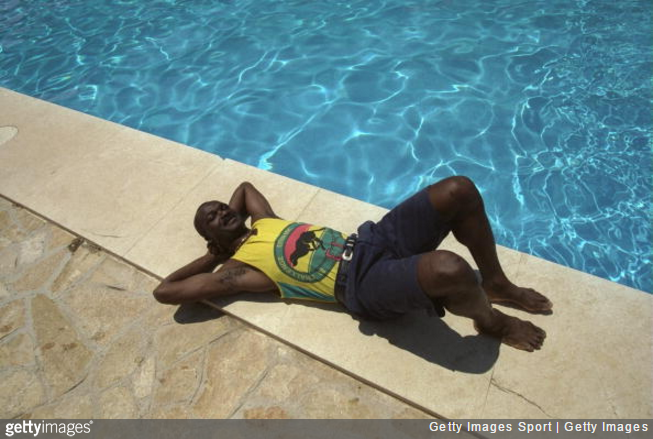 While we’re on the subject, the song used in the video is ‘Roger Milla’ by French-born rapper MHD, who dabbles in West African rhythms and apparently is a personal friend of one Paul Pogba.

MHD also appears in the video, tasked with revealing the new Cameroon shirt for the first time. 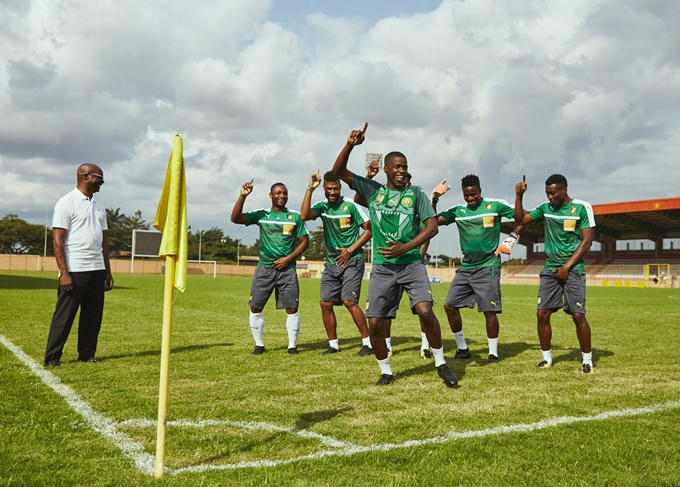