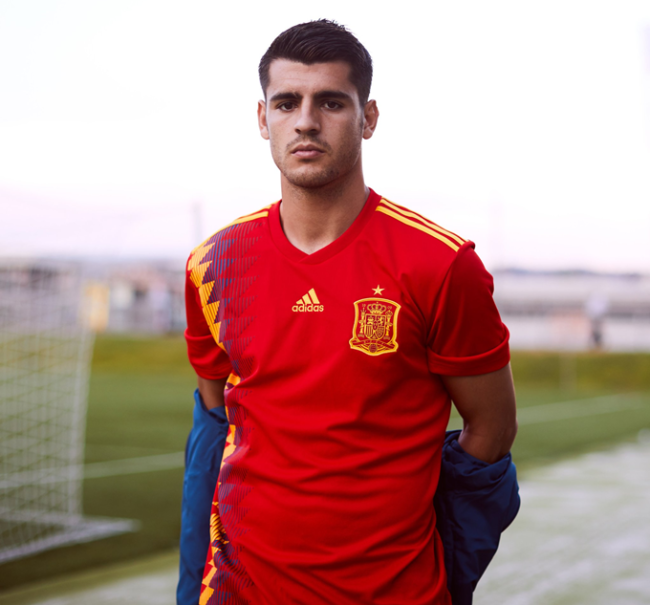 With Spanish nationalism a particularly hot political patata at the moment, it seems Spain’s new 2018 World Cup shirt has been dragged into the furore, if only in a very peripheral sense.

MARCA report the new Adidas shirt has sparked “some controversy” as several people have questioned whether the palette used is a subtle nod to the red, yellow and purple colours of the Second Spanish Republic.

The Republic was proclaimed in 1931, but was soon overthrown at the outbreak of the Spanish Civil War (1936) after which Franco and his merry band of Nationalists came to power.

Commenting on social media, many fans were quick to express their disgust at the design (via thelocal.es):

I won’t buy a shirt that does not represent my country.

Boycott the republican national team shirt. Spain is a monarchy, not a republic.

I don’t plan on buying the republican flag.

Of course, it should be immediately obvious to anybody with even half a functioning brain that the trim is in fact blue, with the hazy gradient of the diamond design making it appear a smidge more purple against the field of red which surrounds it… 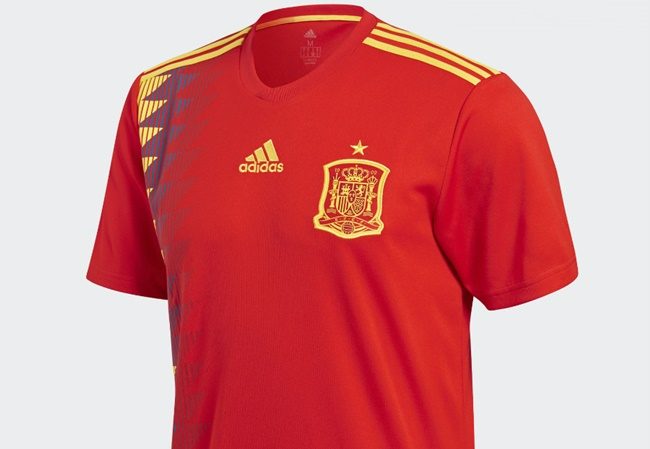 As previously mentioned, the new kit is inspired by the Adidas strip Spain wore at the 1994 World Cup, which featured a similar diamond-studded stripe down the flank, though admittedly it was rendered in a slightly deeper shade of blue.

As MARCA themselves so succinctly put it:

Focusing on the blue lines, the truth is that on any surface, the blue on red can cause the visual effect of purple.

In conclusion, some people are (perhaps wilful) idiotas.