It’s official. FIFA have confirmed that the Adidas Telstar 18 is the ball to be used in Russia next summer and as such, it will join it’s spherical brethren in the grand pantheon of World Cup matchballs.

Here it is, in all it’s classically-hewn, white-and-black glory… 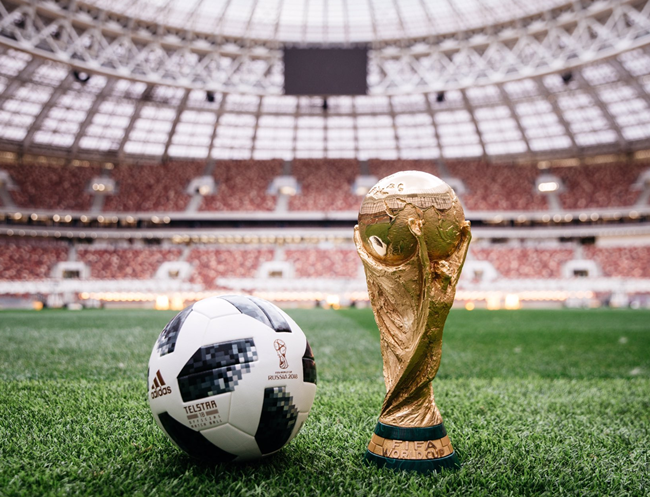 Revealed today, the Telstar 18 follows in the footsteps/ball-furrows of the original Telstars of 1970 and 1974, the Tango, the Azteca, the Etrusco Unico, the Questra, the Tricolore, the Fevernova, the Teamgeist, the delightfully wayward Jabulani and the Brazilian Brazuca of 2014.

In fairness, the leaked images looked a little murky, but the 2018 design looks a lot more coherent “in the flesh”, so to speak – and none other that Lionel Messi has been leading the praise (whether contractually, or otherwise) upon its unveiling.

I was lucky enough to get to know this ball a bit earlier and I managed to have a try with it.

I like all of it: the new design, the colours, everything.

Well, if it’s okay with him…