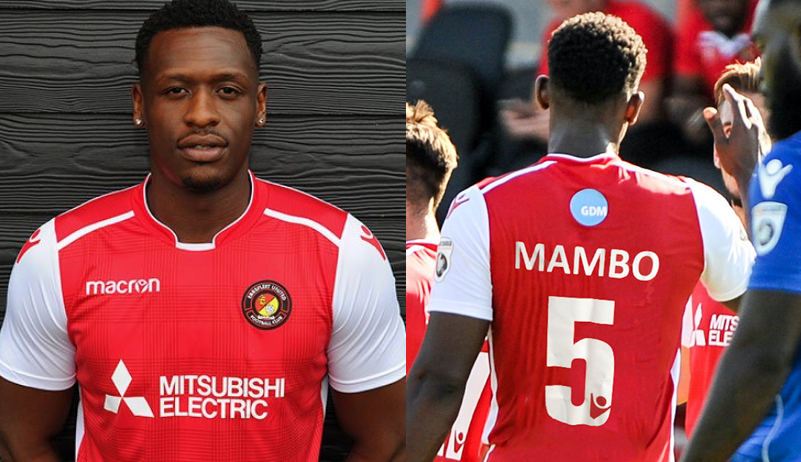 Unlikely as it may seem, Ebbsfleet United made national headlines over the weekend after their National League fixture against Leyton Orient was televised.

The furore surrounded defender Yado Mambo and the glaring opportunity that Ebbsfleet had missed to give him the squad number his surname so richly warranted.

Imagine signing a player called Mambo and not giving him the number 5 shirt. Poor form from Ebbsfleet United. pic.twitter.com/ZFjVGlXRIV

Ebbsfleet were soon being harangued with requests from fans to swap Mambo’s shirt number to 5, in reference to Lou Bega’s once-ubiquitous 1999 chart topper.

Sadly, they were left to point out that the No.5 shirt was already registered to captain Dave Winfield, who is a “pretty big chap” and not somebody you really want to upset.

However, just a few days later, the club have now bowed to public demand, announcing that Mambo has finally been issued with the jersey he was born to wear…

BREAKING MASSIVE NEWS | So… you wanted Mambo No.5? Well we’re giving you Mambo No.5.

Unfortunately, the phenomenon will only exist as a one-off, with Ebbsfleet revealing that they’ve produced one limited edition “Mambo No.5” replica shirt that they plan to auction off for charity.

With the No.5 shirt registered this season to our captain Dave Winfield, we’re not going to literally take the shirt off our skipper’s back so we’ve come up with the next-best solution to hopefully go some way to satisfy social media’s demands and do something positive at the same time.

The bidding has already kicked off at £350, with the club confirming that all proceeds will be donated to Prostate Cancer UK – the club’s nominated charity for the aforementioned game against Orient.

So if you fancy a little bit of Yado (or Angela, or Pamela, or Monica, or Erica, or Rita, or Tina, or Sandra, or Mary, or Jessica) you know where to go.