As we’ve seen before on Pies, it’s fair to say Reebok gave Nike a serious run for their money during the 1990s when it came to cranking out memorable big-budget football adverts.

That said, one of the brand’s more enduring campaigns was actually one of their less glitzy projects – the ‘Other Careers’ series of print adverts.

The concept was simple: A raft of elite footballers were transported to an alternative reality, depicted slogging away in the humdrum ‘other careers’ they wound up with having spurned Reebok products as kids.

Based on national stereotypes, the series’ archetypal advert was probably Ryan Giggs selling flowers in a Welsh motorway lay-by, but many other big names of the era were also involved… 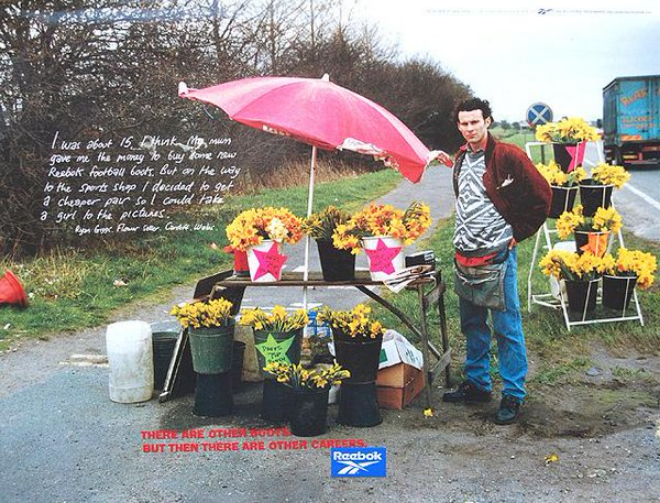 “I was about 15, I think, My mum gave me the money to buy some new Reebok football boots. But on the way to the sports shop I decided to get a cheaper pair so I could take a girl to the pictures.” 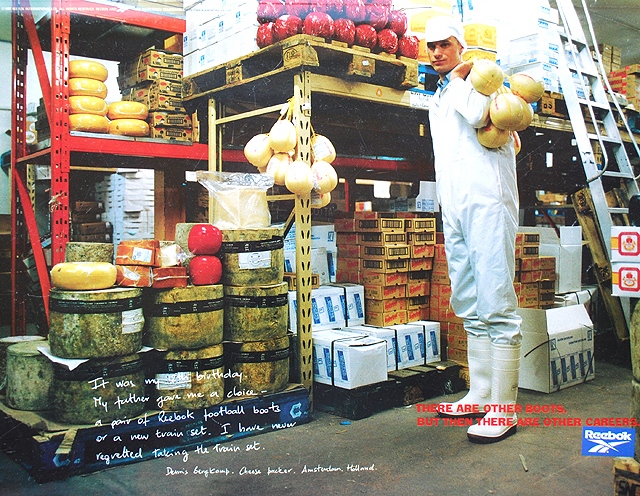 “It was my birthday. My father gave me a choice – a pair of Reebok football boots or a new train set. I have never regretted taking the train set.” 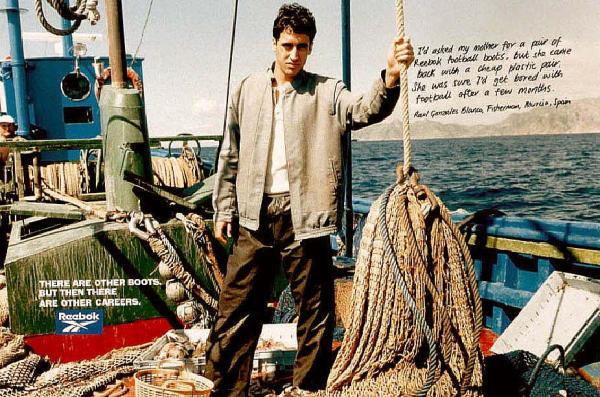 “I’d asked my mother for a pair of Reebok football boots. But she came back with a cheap plastic pair. She was sure I’d get bored with football after a few months. 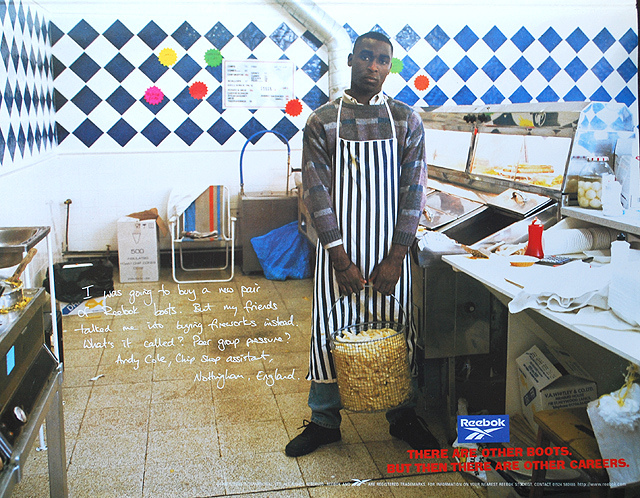 “I was going to buy a new pair of Reebok boots. But my friends talked me into buying fireworks instead. What’s it called? Peer group pressure?” 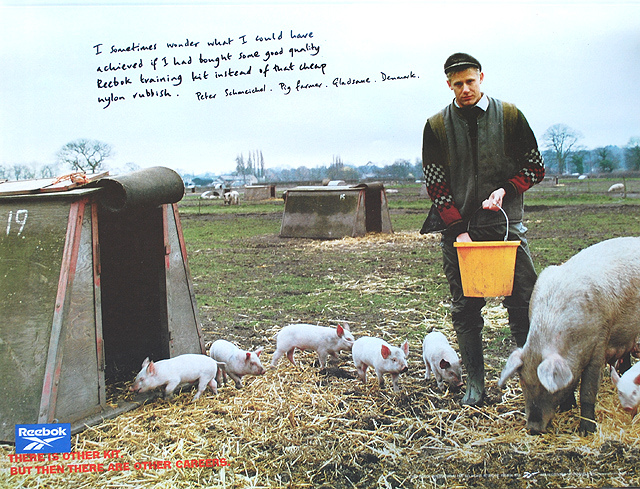 “I sometimes wonder what I could have acheived if I had bought some good quality Reebok training kit instead of that cheap nylon rubbish.”

Several corresponding television spots were also produced, though we can only find evidence of Bergkamp’s mesmerising acting debut…

Aren’t they all fantastic? Deadly Den just looks at home in a pair of white rubber wellingtons.