Asamoah Gyan has become the latest Ghana international to receive a questionable sculptural homage, just days after Michael Essien was immortalised in weird, angular form by a local artist.

Essien’s harrowing statue was unveiled in the Ghanaian city of Kumasi last Wednesday, with the entire internet recoiling in horror in unison at first sight. 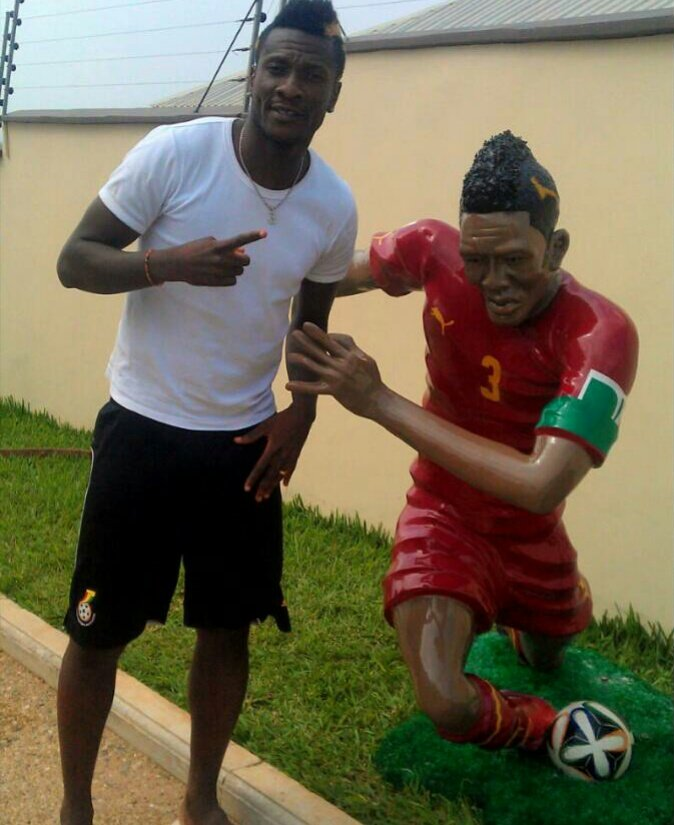 The statue is the one of the right, just in case you were struggling.

Just as the Essien statue was situated at the back end of an anonymous carpark, the Gyan effigy appears to have been installed on a grass verge outside a local minimum security prison.