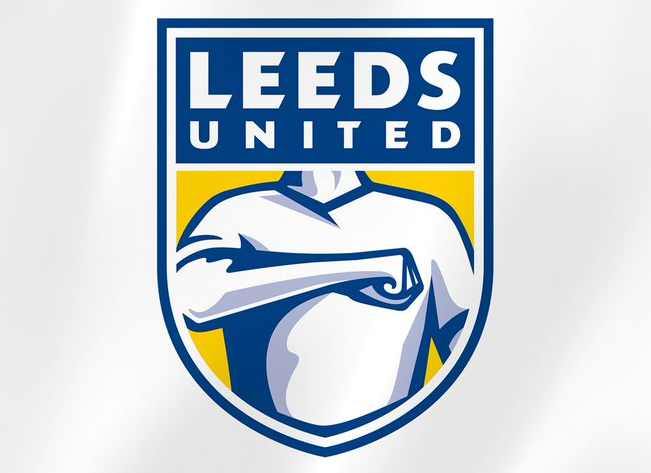 Surprise, surprise. Leeds United have said they now plan to “reopen the consultation process” over their new club crest after the design they unveiled was mocked into next week by all and sundry.

The crest (as seen above) was debuted first thing on Wednesday morning and it took a matter of seconds for the ridicule to begin.

Fans lambasted the ‘Leeds salute’ for looking like a generic copyright-friendly badge from Pro Evolution Soccer, before fellow football clubs joined in the heckling with teams as diverse as Aston Villa (Leeds’ next league opponents), Zenit St. Petersburg and Zamalek queuing up to poke fun.

Are we doing this right? #NOT #FCZ

10 minutes of research
2 people consulted
Ready for the next 24 hours pic.twitter.com/tm2IoXLlDl

Elsewhere, the petition set up by Leeds fans desperately pleading with owner Andrea Radrizzani to ditch the new crest has already reached 53,000 signatures – which is roughly five times the amount of people the club apparently “consulted” while knocking the badge up.

Now, after facing an entire day of uninterrupted barracking, Leeds managing director Angus Kinnear has accepted defeat and informed the Yorkshire Evening Post that the club now intend to repeal the ‘Salute’ badge, rip it up and start again:

We always knew that the introduction of a crest, particularly one that is so bold and such a break away from the traditional conventions of football club crests, was going to create debate and may be controversial.

We had confidence in the process we went through to arrive at the design but today we’ve been overwhelmed by the feedback.

From my perspective it’s exactly why I love working for this club because the passion and enthusiasm and the commitment of the fanbase is quite astounding.

We put the supporters at the heart of everything we do and we are here to make them proud and so, based on some of the feedback we’ve received, it’s evident that the process wasn’t extensive enough and we need to seek further consultation with our fans as we don’t want to do anything that the majority of the fanbase don’t believe in.

“Enthusiastic passion” is certainly one way of looking at it.

You made an absolute hash of it, Angus. Suck it up and have another go.