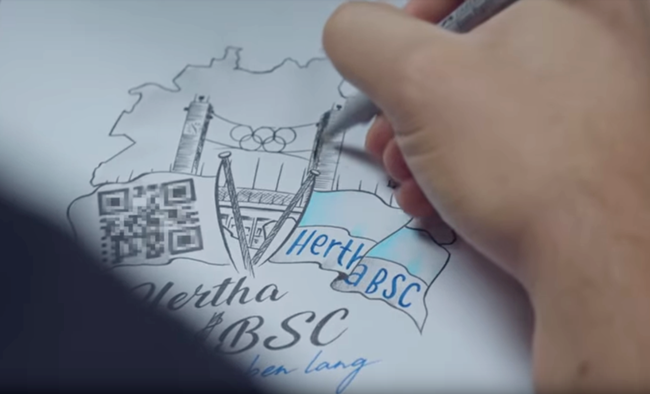 Hertha Berlin are offering one fan the chance to win the “season ticket of a lifetime” in the truest sense of the word.

The Bundesliga side are running a competition for one supporter to win a tattoo, but not just any tattoo – a custom-designed tattoo that will also grant them passage into every single Hertha game for the rest of their lives.

The chosen candidate gets more than one ‘ordinary’ piece of art, because in addition to the blue and white flag, the city limits of Berlin and the silhouette of the Olympic Stadium, there is also tattooed a QR code.

And this code leads directly to happiness! It is a ticket for all Bundesliga home games of Berlin – the season ticket of your life!

To enter, Hertha super fans simply need to contact the club and tell them – via picture, video or other creative means – just why they deserve to win a seat for life at the Olympiastadion.

Hell of a prize, no?

We have an idea.