The kit that England will be purportedly wearing at the 2018 World Cup this summer has been leaked and, guess what, it’s another utterly uninspired offering from Nike.

According to the images snaffled by Footy Headlines, the shirt will be of the humdrum ‘plain white’ variety, with a sliver of red trim around the back of neck. 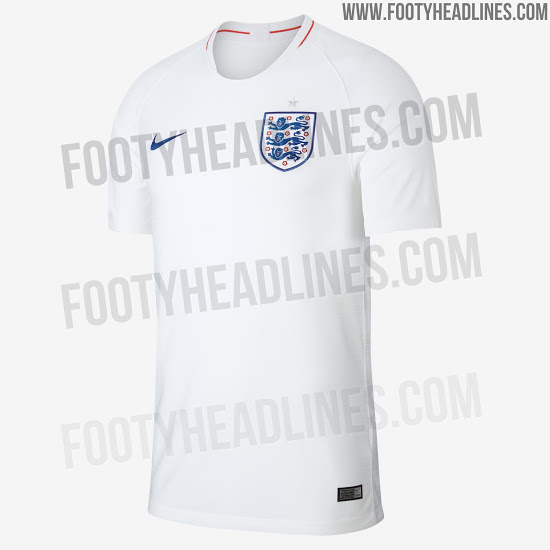 How thoroughly dull. Another unremarkable template from Nike.

The only saving grace is that Footy Headlines reckon the accompanying shorts will return to navy blue while the socks will again revert to white, while the names and numbers on the back will be rendered in red – the optimal formula for an England ensemble as far as Pies are concerned.

As for the away kit, we’re talking red, with white shorts and red socks.

The new strips are expected to be formally unveiled ahead of the Three Lions’ friendly against the Netherlands in late March.