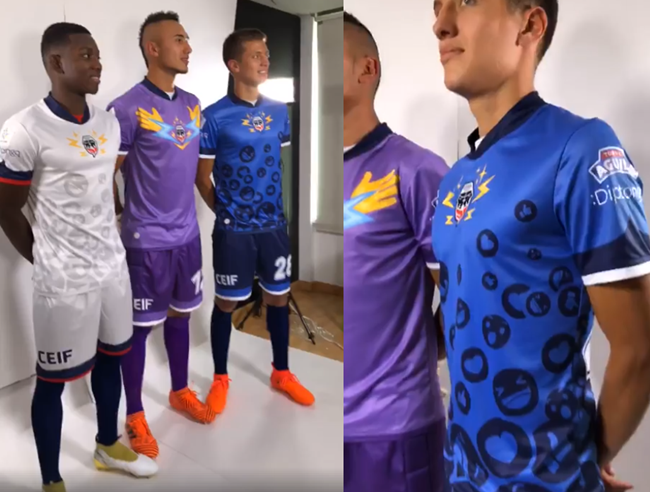 Colombian second-tier side Fortaleza CEIF have knocked out three new kits that are plastered in giant emojis.

Before you go tutting about the world going to the dogs, we should mention that the kit has been designed as a nod to all the local children who support and play for Fortaleza, with the emoji motif supposed to “communicate in their language” and “bring them closer to the team” because, and we quote, “soccer is supposed to be fun”.

In Fortaleza, there is a huge focus on the issue of communication.

We consulted with the boys of the younger age groups. There are almost 2,000 children who train in the club, and we reached an agreement: we wanted to have a uniform that would give them something to talk about.

[The kit] is not aimed at the idiots or to those fans that like to fight, but to the millennials, to the new fans.

Now you can start tutting.