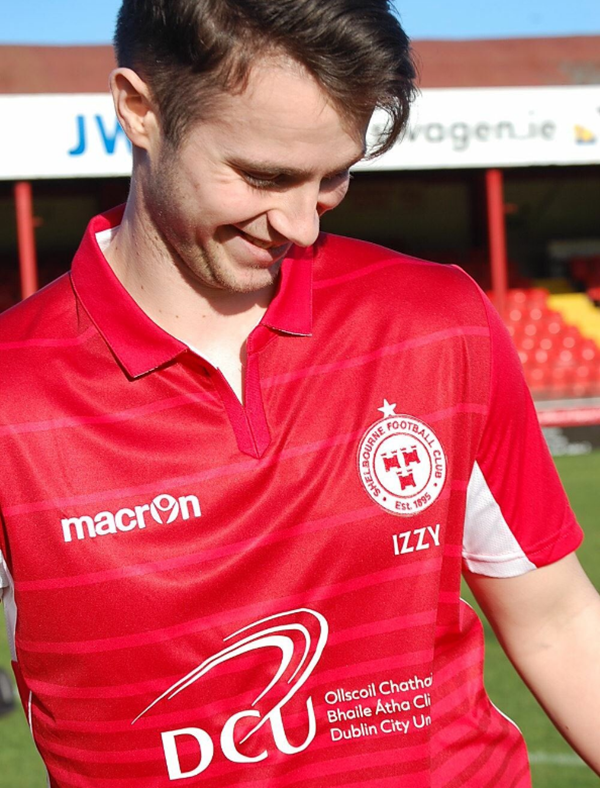 With the new League of Ireland First Division season set to kick off this weekend, Shelbourne FC have revealed that they plan to kick things off with a special tribute to one of their own, who passed away last year.

Shels unveiled their new shirts this week which, as well as a new shirt sponsor, will also carry a new, tweaked club crest that bears the name of Izzy Dezu, the 16-year-old academy player who tragically died while playing for the club back in December.

Our partnership with @DublinCityUni was launched in Tolka Park on Thursday. Cian Kavanagh, Dean Delany and James O’Brien are pictured here in the new kits.

You can see #Shels in the new strip on Friday night, when we play @UCDAFC in Belfield at 7:45pm. pic.twitter.com/tKKeSeCjUE

As well as the wonderful badge gesture (which will remain on the shirt all season), Shels have also decided to pay fitting homage to Dezu by offering free cardiac screening to all of their underage players.