Leyton Orient have proudly announced that they are to launch an exclusive club-themed Dunkin’ Donut that will go on sale at Saturday’s National League match against Ebbsfleet United.

The “O-Nut” is a premium Dunkin’ Donut filled with Bavarian Creme and topped with a one-of-a-kind white chocolate flavoured O’s Crest.

Orient’s chairman is a chap by the name of Nigel Travis, who also just so happens to be the CEO of Dunkin’ Brands.

He claims that since he and his posse arrived at club, the No.1 request they’ve received from fans is that an Orient donut be introduced to the refreshment kiosks at Brisbane Road.

Since we bought the Club one of the most requested items has been donuts. As we are bringing to the game a group of USA-based Dunkin’ Donuts franchisees, we felt this was a great occasion to experiment for the future.

The donut being sold has been uniquely designed for the O’s fans.

The O-Nut will be incredibly reasonably priced, with one setting you back just £1.50 (though fans can also buy a box of 12 for just £12). 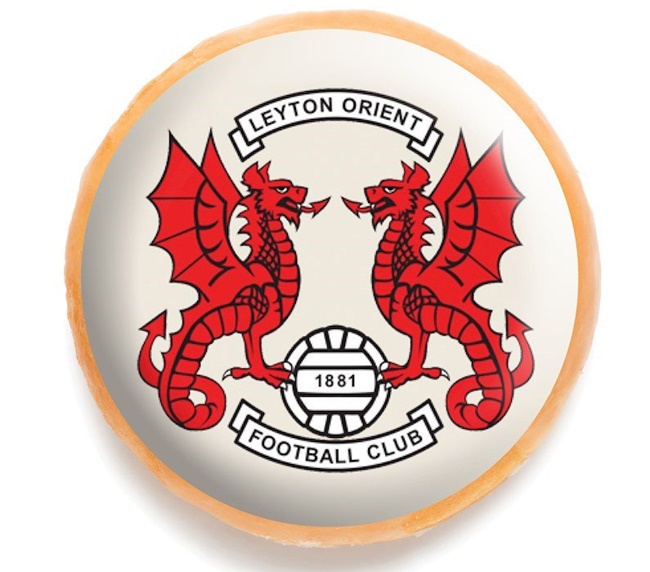 Another football club being used as a rich man’s plaything. Oh joy.