The 1994/95 season didn’t prove to be overly kind on Norwich City, who were relegated from the Premier League after finishing in the relegation zone despite being 7th in the table at Christmas time.

The Canaries bit the dust after winning just one of their final 20 league matches, while also bombing out of both the FA Cup and the League Cup at the fifth-round hurdle.

It wasn’t all doom and gloom at Carrow Road though, as the 94/95 campaign also saw club launch their very own officially branded pager… 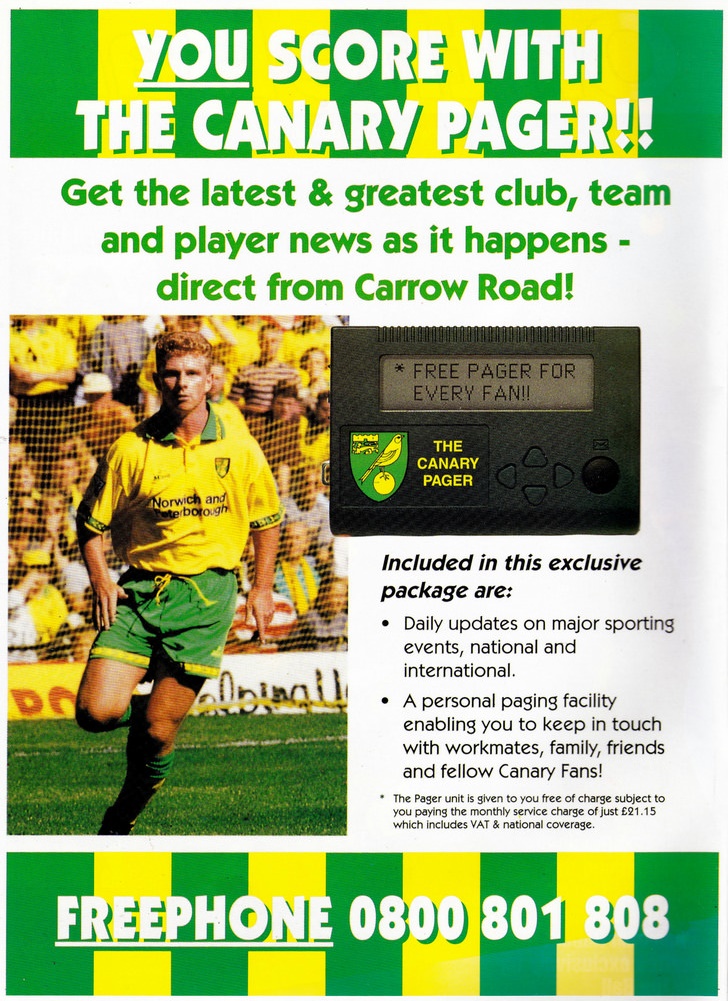 As well as being a stylish, cutting edge piece of technological gadgetry, the Canary Pager allowed Norwich fans to keep in touch one alphanumeric message at a time, and was free to order providing supporters were willing to pay the entirely reasonable monthly subscription fee of just £21.15.

Adjusted for inflation, that works out at roughly £40 in today’s money.