Bayern initially fell behind but the natural order was soon restored as goals from Corentin Tolisso, Arjen Robben, James Rodriguez and Sandro Wagner saw Jupp Heyncke’s side eventually reap the three points they needed to open up an unassailable 20-point lead over Schalke at the top of the table with five matches left to play.

To celebrate their momentous achievement, Bayern released a cache of ‘Six Pack’ merchandise into their club shop – including this truly unsettling anatomy-themed commemorative t-shirt… 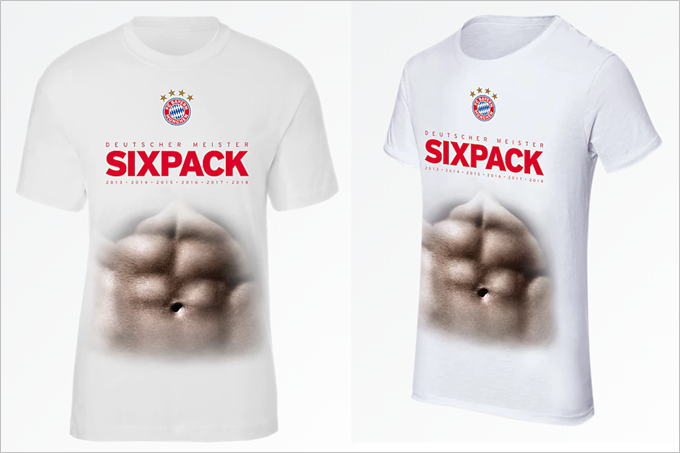 Yours for just €25 (plus postage and packaging).

The shirt is available up to size XXXL, allowing even Bayern fans with 55-inch chests to simulate the joys of having visible abdominal musculature.

Thanks, but we’ll give it the old hard pass.