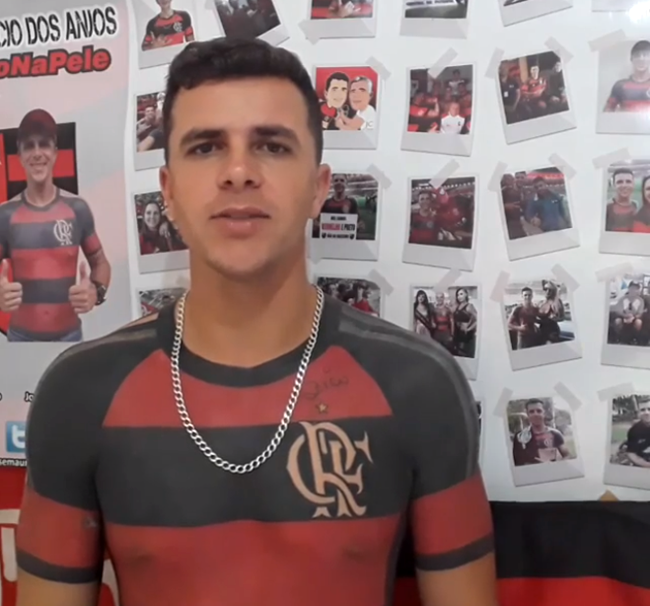 Taking the phrase ‘bleeding for the shirt’ into painful new dimensions, one Flamengo fan has braved hours of tattoo work to have the club’s entire shirt needled across his entire upper body.

Mauricio dos Anjos has lived up to his nickname, ‘Flamengo Mauricio’, by ploughing his hard-earned cash into a vast, permanent tribute to his beloved football team…

According to Vice, Mauricio’s tattoo took 32 sessions over the course 90 hours to complete and is a replica of the Flamengo’s 2015 home shirt – which may well be an indication of when the project was first undertaken!

Asked about the pain involved, the 33-year-old replied:

A lot of people told me that I’d feel a lot of pain on my ribs and armpits.

The ribs hurt, but the spine was the worst — that was just terrible.

My neck and stomach hurt pretty bad, too, but the rest was fine.

Impressive commitment to the cause… but still, rather him than us.