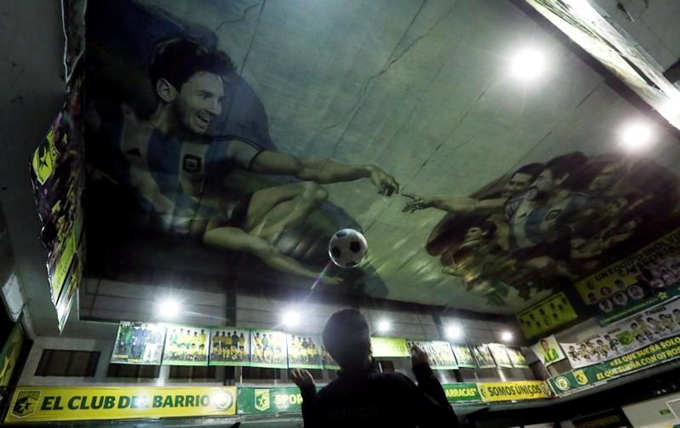 A youth football club in Buenos Aires have unveiled a spectacular new artwork that adorns the entire ceiling of their indoor sports hall.

VIDEO: At the ‘Sistine Chapel’ of football in Argentina, children play under a painting of Maradona and Messi posing as God and Adam pic.twitter.com/URwchVK4VO

The mural, which was paid for by donations, is designed to help inspire the kids playing beneath it, who can look up and draw strength from the celestial beings above.

We were all kids and the ones that loved football wanted to be like our idols.

When a move doesn’t come off you look to the heavens, and when you ask God for a helping hand you have so many of them to choose from on this ceiling.