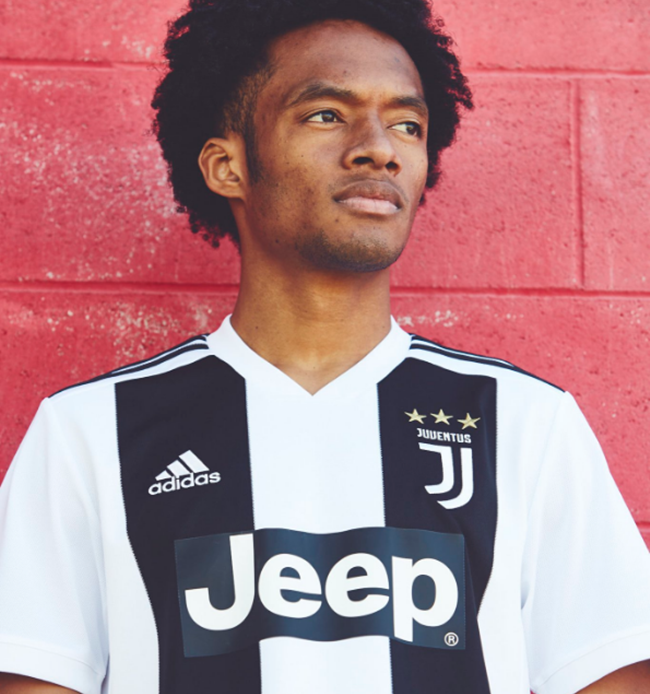 No sooner had their home kit for 2018/19 leaked out all over the internet had Juventus found themselves picketed by fans griping out the new design.

Indeed, almost 15,000 fans have signed a petition against the new Adidas shirt, with the specific focus being the large black ‘Jeep’ logo patch slapped across the middle. 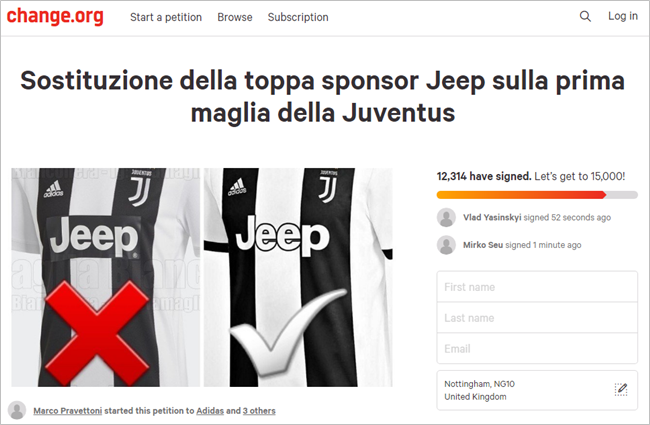 The petition was organised by a Juve fan by the name of Marco Pravettoni who happened across images of the new kit and took umbrage at just how cheap and nasty the sponsor box looks.

It seemed that, with the 2017/18 home jersey, the use of the sponsor patch on Juventus kits had finally been abandoned.

Well, from what seem to be the official leaks of the shirt for next year, it seems that Adidas and Juventus have decided inexplicably to retrace their steps, proposing [a sponsor patch] for the next season.

The general discontent has not been slow to arrive and most of the feedback tends to be negative.

We ask Adidas and Juventus to review their idea and to use for the shirts the same type of application of the sponsor used on those of the current 2017/18 shirt, to avoid the excessive loss of potential buyers of the same.

At time of writing, the petition has clocked up 12,381 signatures, with the counter ticking up all the while.

Honestly, we’re inclined to agree – that ‘Jeep’ patch looks like it is hastily affixed with black duct tape and spoils what would otherwise be a perfectly handsome shirt.

That said, we’re not entirely sure we’d be motivated enough to start a petition over our grievances.