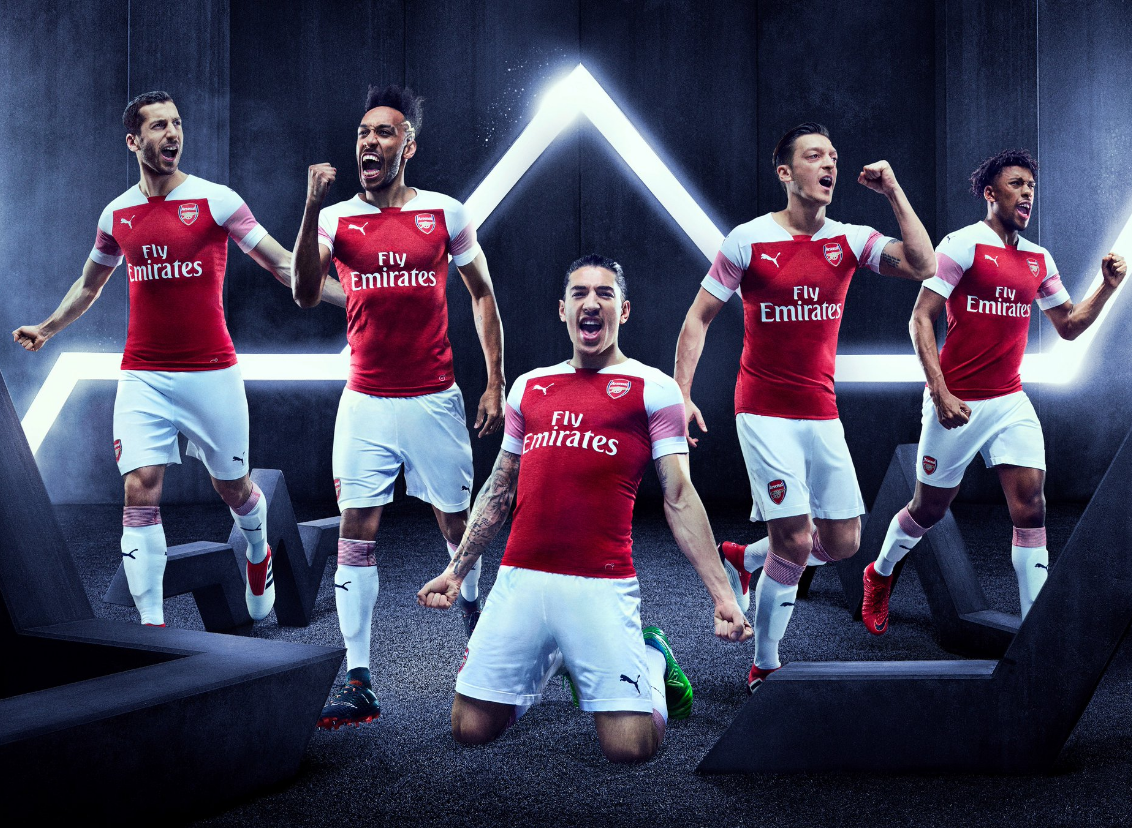 Having officially unveiled their maiden home kit of the post-Wenger era on Tuesday, Arsenal have followed up by revealing that the strip in question will also feature the club’s first ever sleeve sponsor.

The Gunners have cemented a sacred alliance with their ‘official tourism partners’, the Rwanda Development Board, by slapping “VISIT RWANDA” on their new pink armbands…

We’ll have a sleeve sponsor on our shirts from 2018/19 – we’re pleased to welcome our Official Tourism Partner, @visitrwanda_nowhttps://t.co/ruBw2nzLqR pic.twitter.com/wEOUeGsCNy

In-keeping with the theme, the Arsenal website was effusive in its praise for the east African nation:

Rwanda is ranked as the second easiest place to do business in Africa by the World Bank and has been awarded for its leadership in tourism and competitiveness by the World Travel and Tourism Council (WTTC) and the World Economic Forum respectively.

Still, could be worse. Could be Angry Birds.