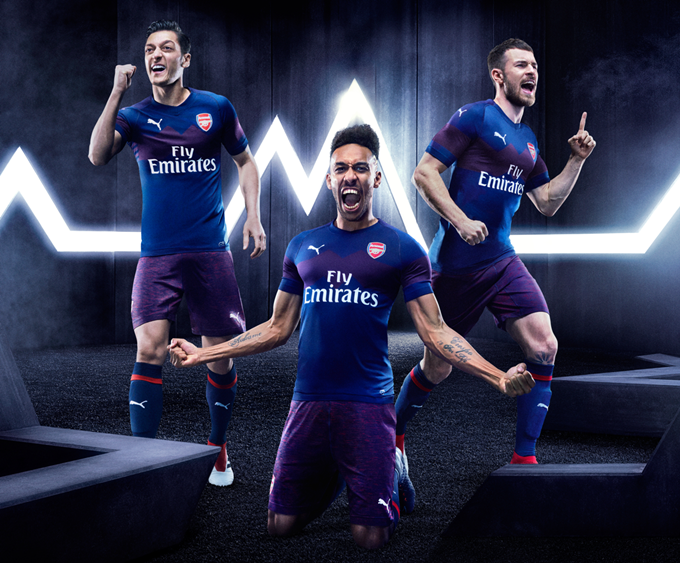 Arsenal have revealed the new away kit that will pair with the immediately unpopular 2018/19 home strip (the one with the ‘pink’ armbands), released a week or so back.

Thankfully, the away shirt is a little more demure, rendered in ‘Peacoat navy’ blue – a colour “inherent throughout the club’s DNA” since 1908, apparently. 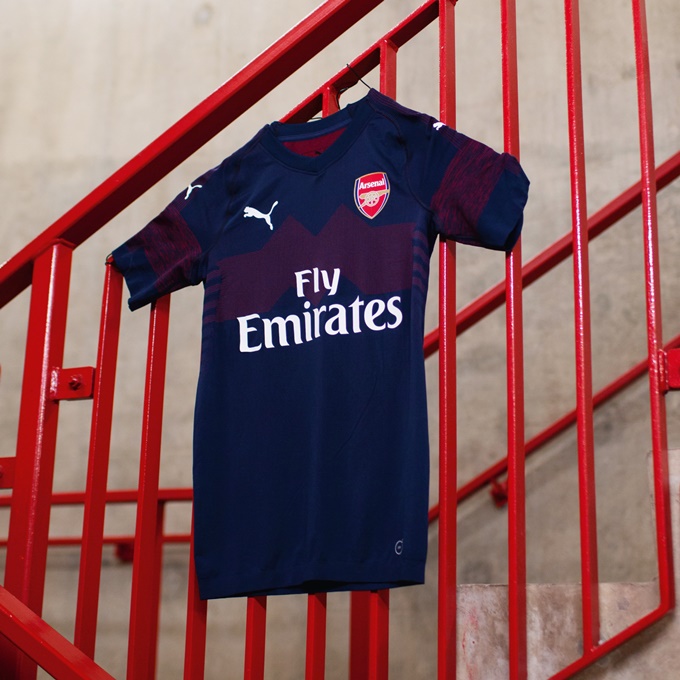 The red wave across the chest is also steeped in the Gunners’ vaunted past, being a “subtle graphic nod” to the ‘WM’ formation introduced in the 1930’s by legendary manager Herbert Chapman.

To complete the set, Arsenal have also unveiled their 2018/19 third strip into the bargain, which appears to be a sporting doff of the cap to last season’s Premier League champions… 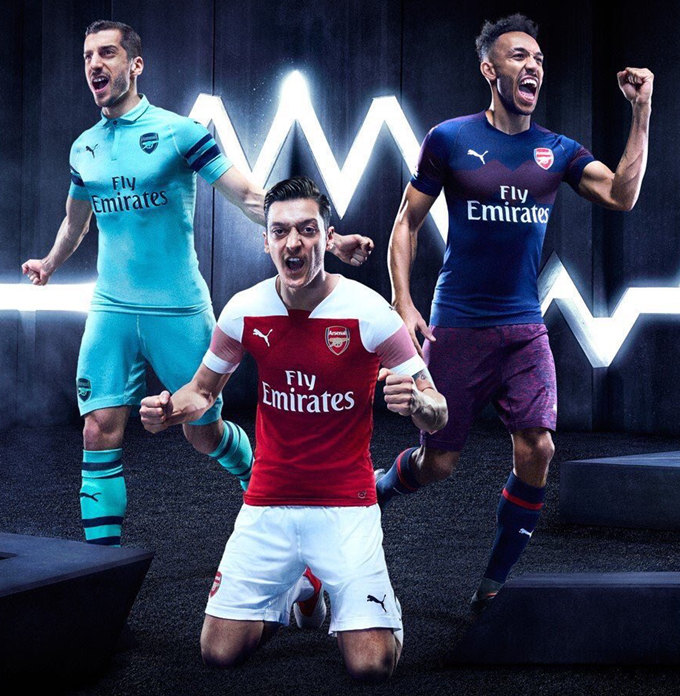