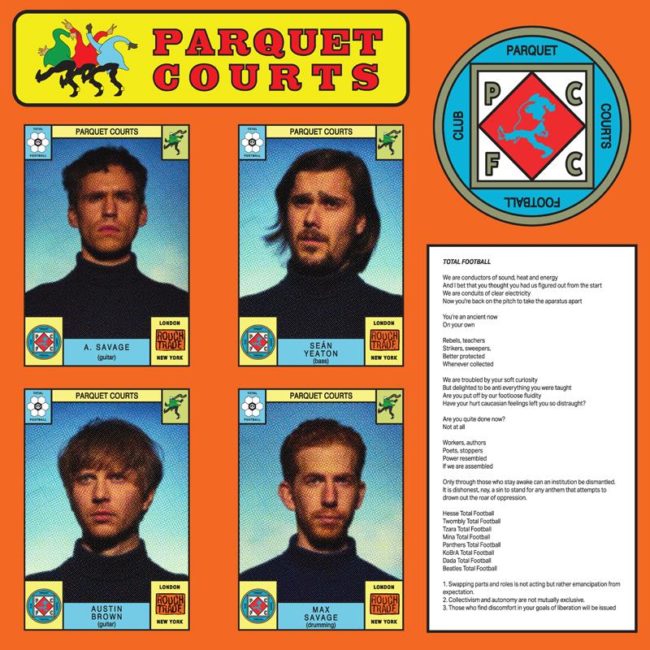 While hitherto an unlikely candidate, Texan indie band Parquet Courts have released a World Cup song of their very own, called ‘Total Football’.

While the song itself is a pleasing jet-propelled romp, it’s the packaging (designed by guitarist Andrew Savage) that really caught Pies’ discerning eye.

This is because the 7-inch vinyl single comes with a sheet of football stickers so that fans may create their own cover art.

Coupled with that, the lyric video that accompanies the song is also positively saturated in vintage Panini-infused goodness.

Should you be harbouring a hankerin’, the Total Football single is available from the Rough Trade web store for £5.99 a pop.