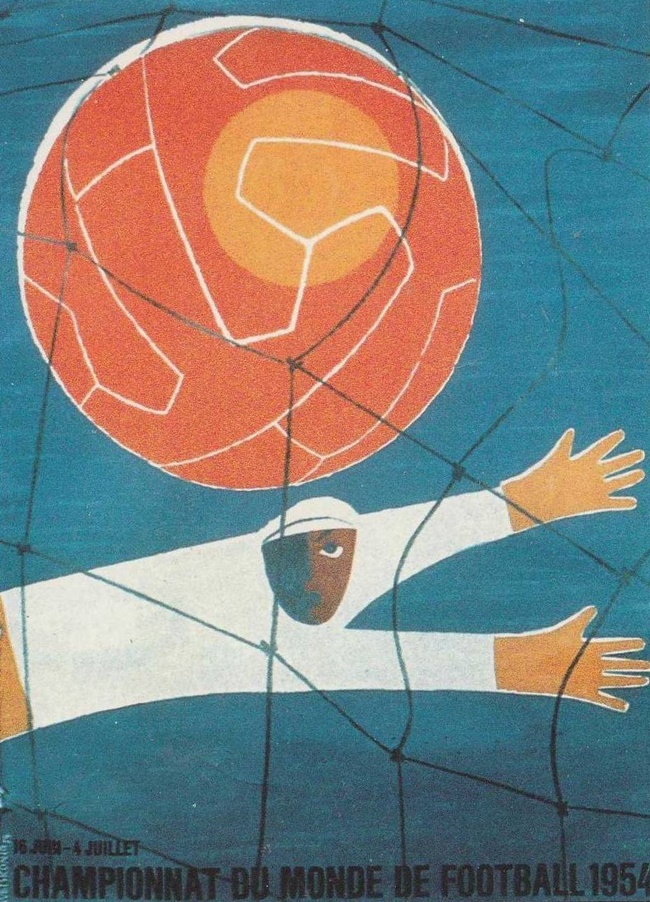 Official poster for the 1954 World Cup in Switzerland

Whereas now they receive glitzy launches several months in advance to ensure maximum exposure, World Cup kit reveals were of an altogether more low key nature in the 1950s.

As seen below, even FIFA weren’t fully aware of the kits each competing nation intended to wear until the designs were submitted as part of their registration documentation.

Indeed, as part of the regulation pamphlet, FIFA supplied each country with a blank template which then had to be hand-coloured and submitted for perusal prior to the start of the competition – we’re talking shirts, knickers and stockings… 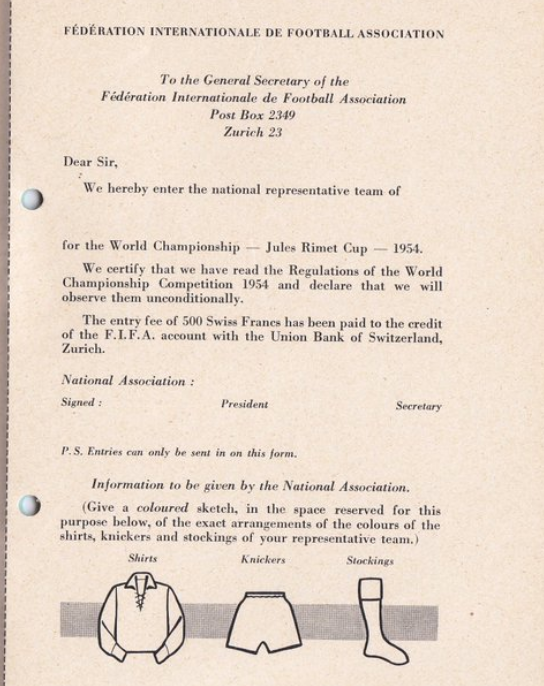 Points were then deducted if football associations were unable to successfully stay within the lines*.

The crayon-based system seen above was used at every World Cup from 1950 to 1970.

Of course, the whole process was rendered immediately moot by the fact that all teams played in black and white anyway.