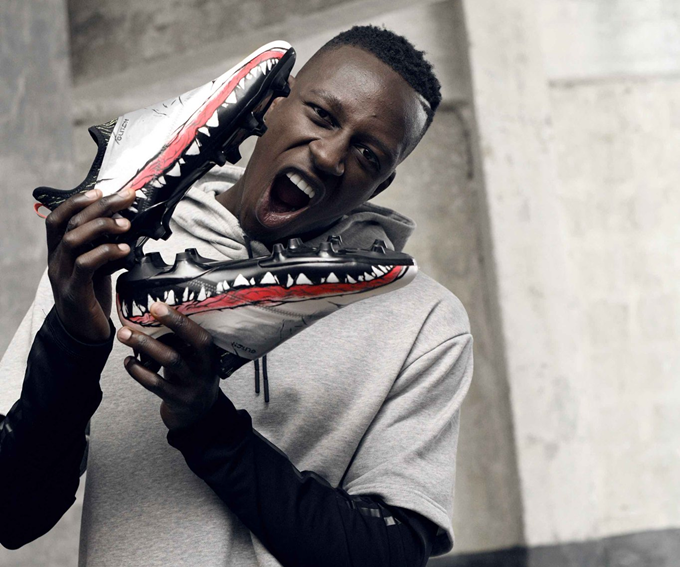 Benjamin Mendy has scored some serious World Cup style points today by taking to the pitch for France while sporting his new custom-made Adidas boots.

Ahead of the Group C game against Peru, Adidas have furnished the left-back with his very own pair of unique ‘Shark Team’ themed Glitch boots.

Sure enough, Mendy was spotted wearing the toothsome pumps while warming up for Les Bleus at the Ekaterinburg Arena.

At time of writing, France are a goal ahead of Peru at half-time, with Mendy’s fearsome foot-sharks still feeding on scraps in the dugout as he waits for his chance to enter the fray.

Here’s hoping he gets a run out. It’d be a crying shame to waste those booties.