A flash jeweller in Los Angeles contacted Griezmann with a prototype design for the ‘World Champions’ ring, featuring red, white and blue gems and a large golden FFF logo front and centre.

Enamoured by the gaudy trinket, the striker has apparently asked the FFF to furnish the entire victorious squad because “a really big team need really big rings”. 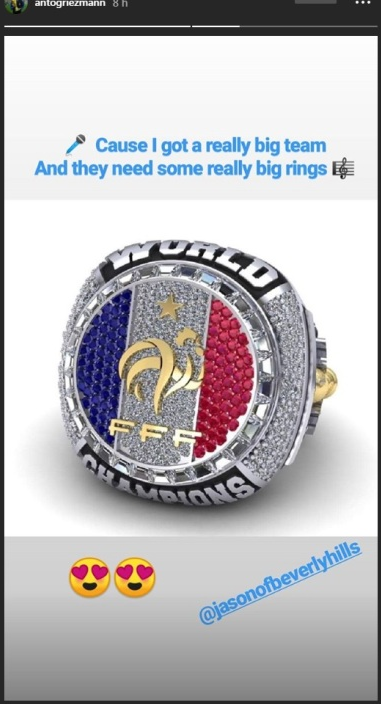 According to RMC Sport, the jeweller responsible has sent a “commercial proposal” to the FFF, though it seems to have fallen on deaf ears for the time being:

At present, the jewellery has received no response from FFF. In the event of a negative answer, it confirms that players will be able to buy this ring by paying out of their own pocket.

Beyond Griezmann, who posted a visual of the jewel on Instagram, several players have already shown interest in the ring.

Pies advice? Spend a few quid on Kinder Eggs and you’re likely to eventually receive something of equal artistic and sporting merit sooner or later.