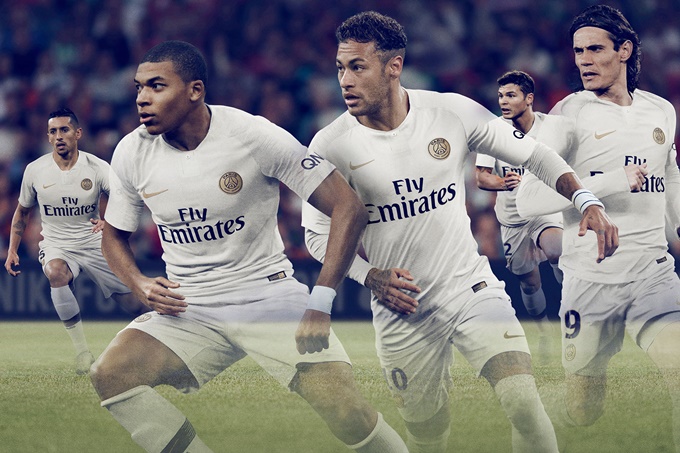 PSG have unveiled their new away kit for the 2018-19 season and a Dazzleux de Bobby it is too.

The Nike strip is rendered top-to-toe in “light stone” in homage to various Parisian monuments and architecture, particularly the Arc de Triomphe.

The Arc is, of course, a rallying point for all Parisians — something PSG has also become through its present-day triumphs.

Allied with the pale palette, the club crest and livery are burnished with gold ahead of what may prove to be a historic year for PSG should everything (i.e. the Champions League) go their way. 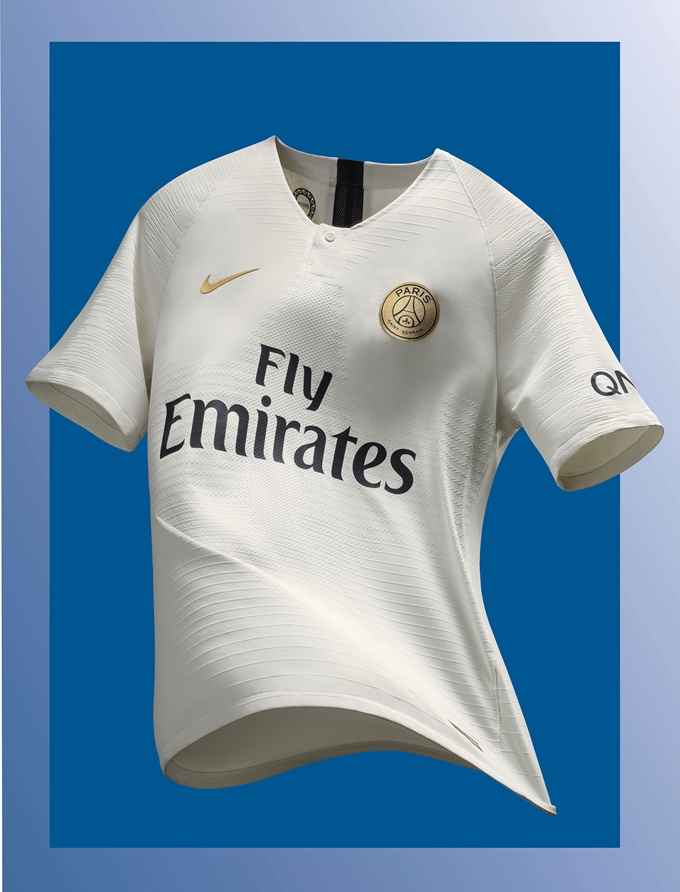 As both a “nod to French fashion” and a “reminder of Gallic pride and passion”, the v-neck has a small button and the nape of the neck features a tasteful Fleur-de-Lis. 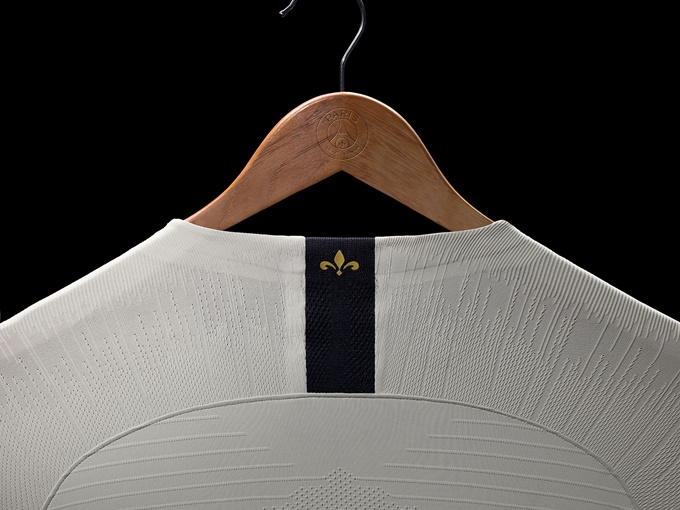 As well as their new clobber, PSG have also announced that they will have a new No.7 as of this season, with Kylian Mbappe shifting down from No.26 to take up the iconic shirt formerly worn by… erm… Jeremy Menez and Lucas Moura.

“Ksevenlian” doesn’t really work as smoothly as “CR7”, for example, but hey ho – we can see what they’re going for.