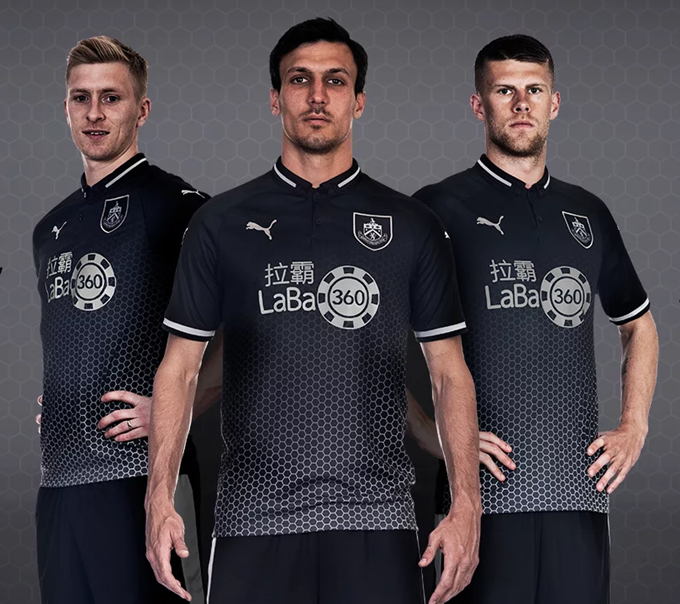 Burnley have unfurled their new away kit for 2018/19 and by criminy it’s a lovely looking thing.

The Puma strip is predominantly black with a silvery gradient honeycomb motif that is very nearly perfect… were it not for that hideous, and now depressingly commonplace, betting firm logo adhered across the front.

It’s a shame. The Clarets came so, so close but that cheap, off-brand, sprawling bookies’ tack just kills the whole thing stone dead.

Indeed, Pies have crunched the numbers and for the 2018/19 season, 27 of the 44 clubs in top two English divisions (Premier League and Championship) have a betting company/online casino as their main shirt sponsor – that’s almost two-thirds (61.36%) of all participating teams.

It’s a scourge, and a bloody ugly one at that.