FC Rostov have announced that they plan to launch a new ‘fourth kit’ for the 2018/19 season that is inspired by – of all things – a lucky carpet.

The story goes that one Rostov fan was renovating his house and didn’t have room for his old carpet, so instead he brought it along to the stadium to watch his side play against Yenesey on Sunday.

Rostov ended up winning 4-0, with the carpet duly proclaimed to be a lucky talisman.

A Rostov fan is renovating his home, and there is no place for the old carpet anymore.
So he brought it to the stadium. pic.twitter.com/rqXUyu8NLh

Quick to capitalise, Rostov have decided to pay homage to their newfound symbol of fortune and hospitality by producing a limited edition shirt in honour of the carpet.

The shirt is current available to pre-order via the club’s website, with over 500 fans already placing deposits… 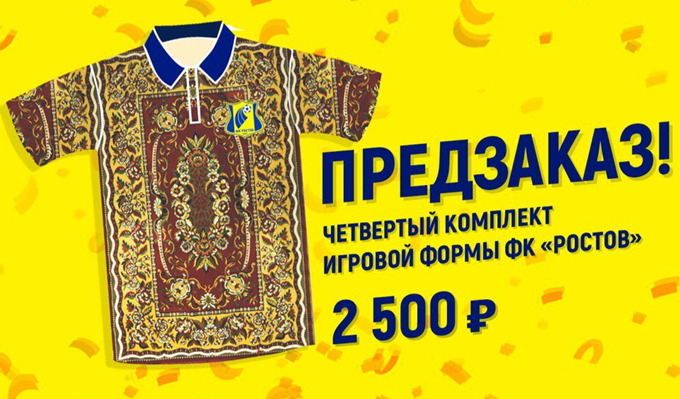 Whether it comes bundled with a rattan dust beater is unclear.