It’s been announced that Harry Kane will be presented with the World Cup Golden Boot award before England’s Nations League opener against Spain on Saturday evening.

The striker helped himself to six goals out in Russia as the Three Lions cavorted their way to the semi-finals before coming a cropper against Croatia.

After the aforementioned formalities at Wembley, Kane will then take to the pitch wearing a pair of custom golden Nike boots, adorned with the England badge and a tonal St George’s cross incorporated into the design… 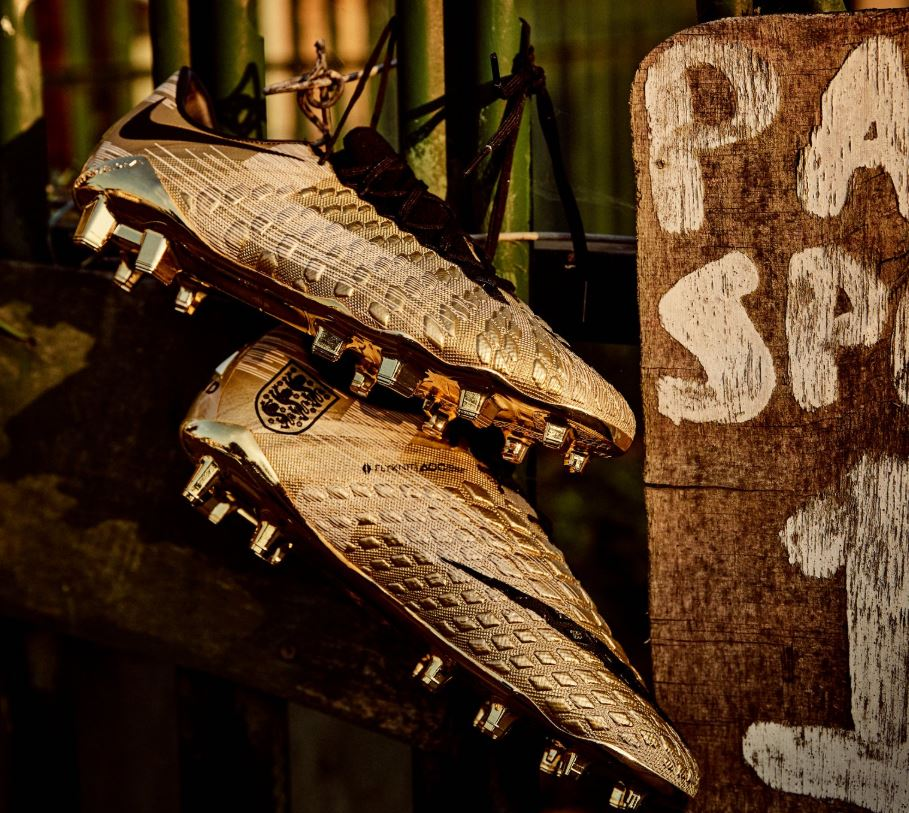 Despite the gaudy boots being resolutely un-Kane-like, the man himself showed off his new shoesies on social media, adding that he was “buzzing” to try them out.

Hideous. King Midas would be proud.