Wesley Sneijder brought his 15-year international career to an end last weekend, playing 62 minutes of the Netherland’s friendly win over Peru in Amsterdam before leaving the pitch to a standing ovation.

The KNVB also laid on a strange little post-match ceremony wherein Sneijder and his family were asked to sit in a mock living room (complete with rug, television, sofa and teapots) and watch a succession of pre-recorded video messages from the midfielder’s former teammates and coaches.

Thankfully, the 34-year-old also made it out with another, better gift from his comrades to speak of – a special custom hybrid Oranje jersey made up of the 15 shirts he wore over the course of his 134 caps… 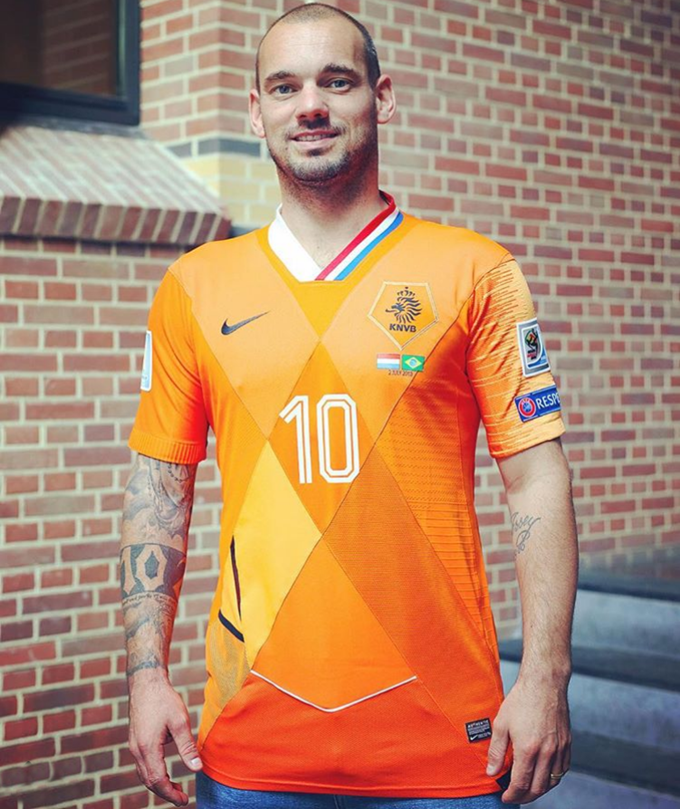 Pretty swish, no? Pies would gladly part with strong money for that little ripper.

That’s a direct result of the Netherlands being able to boast a new flawless run of international kits over the years.