Credit up front must go to Alex Patridge (@alexpatridge87) for his astonishing discovery that Tory peer Baroness Fookes has been stealthily channelling the Jorge Campos aesthetic at the House of Lords for years without any of us noticing.

Baroness Don’t-Give-A-Fookes’ latest ensemble was obviously a redolent homage to the retina-shattering, self-designed kit Campos wore in goal for Mexico at the 1994 World Cup… 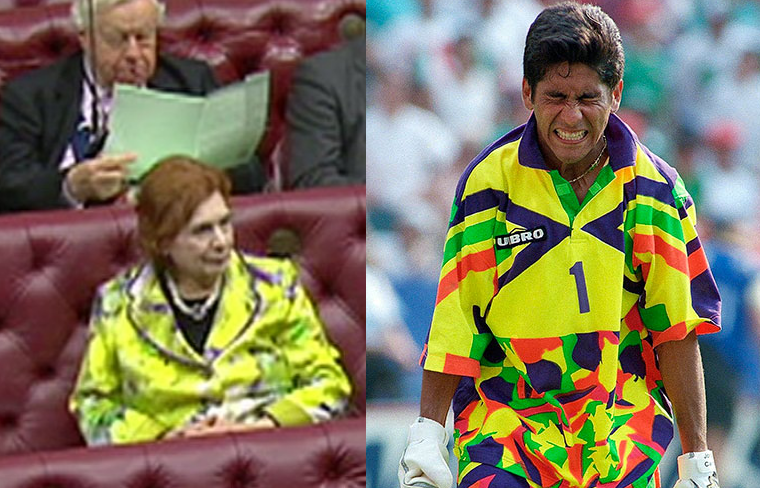 Indeed, Partridge has delved back through Fookes’ sartorial past and unearthed an entire procession of blazers that are clearly intended as homages to some of the greatest football kits of yore.

Who wore it better, Baroness Fookes or Jorge Campos? pic.twitter.com/RVyCCqD2yT

Anyone for one more? This is a goldmine. pic.twitter.com/MaMwqOsa9k

An incredible dedication to the Shit Kits that built this game.

Baroness, we salute you.