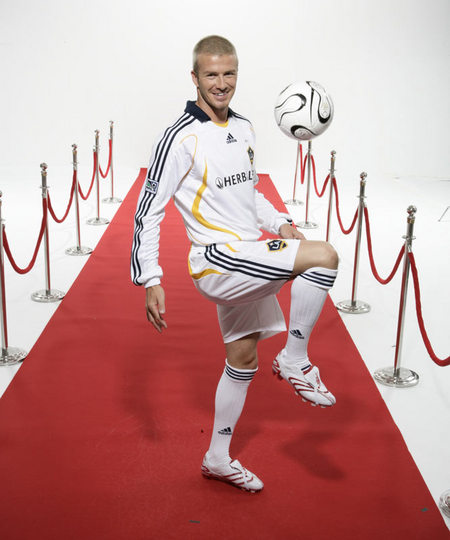 Yes, it’s not some elaborate wind-up, David Beckham really is going to Los Angeles to play for one of MLS’s weakest teams. Yay! And here’s a pic of him in the Galaxy’s new home kit, which looks not unlike the kit he wore for several seasons in Madrid. Love the red carpet motif too – it’s like he’s doing keepy-ups for the Queen. Not too late to back out though Daveâ€¦