Stoke City have announced that Jack Butland will be wearing a very special kit this coming weekend in tribute to the late Gordon Banks, who sadly passed away on 12th February.

The kit will bear no badge, no name and no sponsors’ logo. Instead it will be modelled on the green strip Banks wore when Stoke won the League Cup in 1972, complete with button-up collar.

What our number one will be wearing against Aston Villa tomorrow.

No badge, no sponsor, no name.

Here’s a better, brighter look at the Potters’ homage, which Butland will sport when Aston Villa visit the Bet365 Stadium on Saturday afternoon… 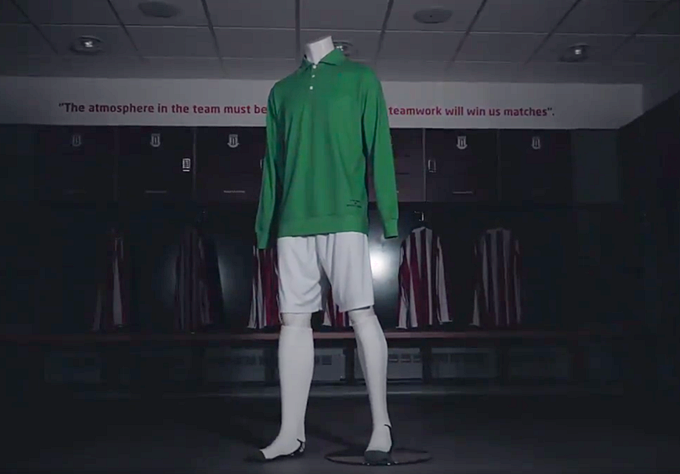 Indeed, the only detailing on the kit is a small, subtle message embroidered down near the lower hem. 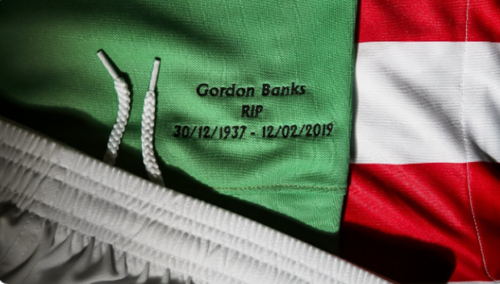 How refreshing not to see a celebratory memorial shirt not plastered to the gills with gaudy, incongruous branding too.