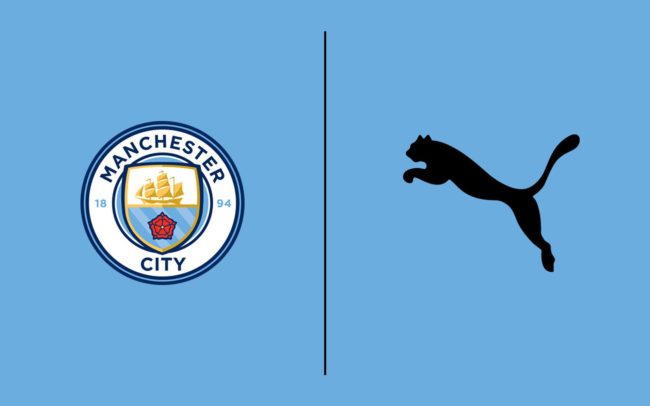 Starting next season, Puma will be in charge of alternating the colour of Man City’s shorts every year after agreeing a huge deal to supply the club with their kit.

The deal is said to be worth £600million over 10 years, which puts it roughly on par with the £60million-per-year deal Chelsea have with Nike.

Indeed, as far as the Premier League is concerned, the only kit supply deal that will eclipse City’s new terms is the £75million-a-year partnership that Adidas have with Manchester United.

By spending big on a rising footballing super power, Puma are apparently hoping to break the duopoly that Nike and Adidas currently have when it comes to the global sportswear market.

In fact, Puma will be pinching the City account from Nike, who are in the final year of a six-year contract at the Etihad worth roughly £20million per annum.

However, according to the Financial Times, there’s a chance Puma won’t end up paying the full amount, as some of it is dependant of performance-related clauses, such as City winning the Champions League, etc.

A solid start would be to never, ever furnish any football club with anything as horrid and flimsy as the 2018/19 Arsenal home strip.