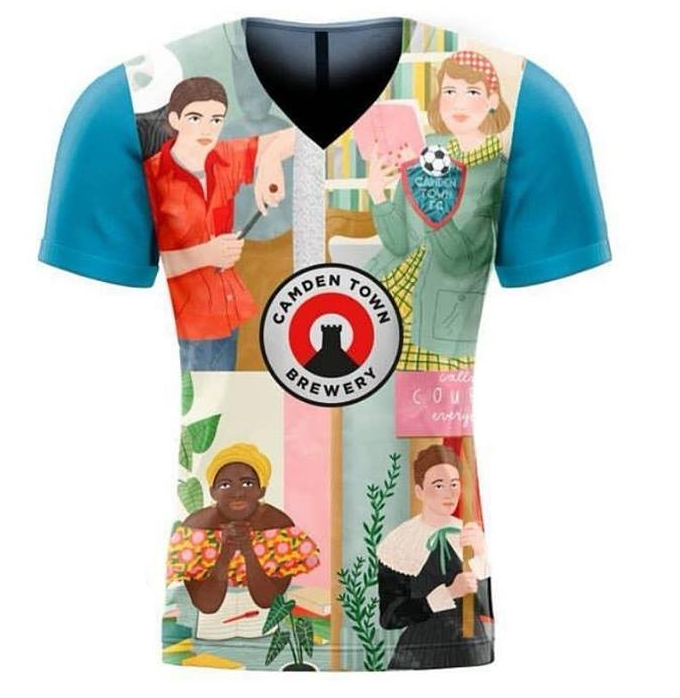 Camden Town FC have produced a stunning new kit designed to celebrate International Women’s Day by paying homage to a selection of iconic women who have either lived or worked in the local area.

This project has reinvented the conventions of what a football kit can look like and its meaning to those who wear it.

Having illustrated some of the world’s most iconic women, I was so inspired by the women who hail from the cultural hub that is Camden, and I’m proud of the work that now bears their faces and legacy.

The shirt will be worn for the first time when Camden Town take to the pitch in the Greater London Women’s Football League.

It will also go on sale from the bar at the Camden Town Brewery, with all proceeds (and all profits from the bar, up until 10th March) being donated to the The Fawcett Society. 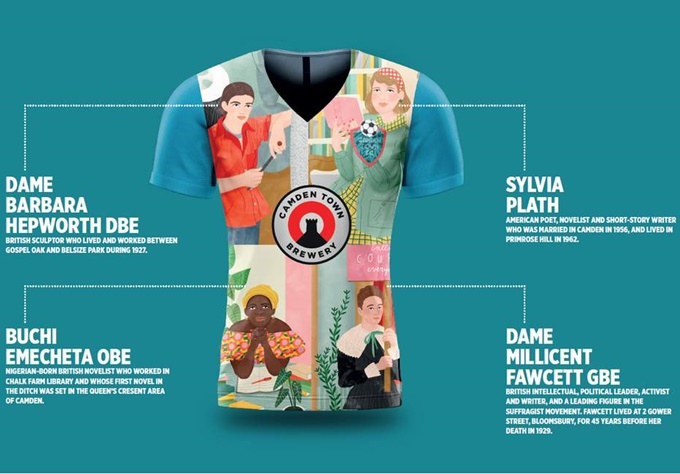