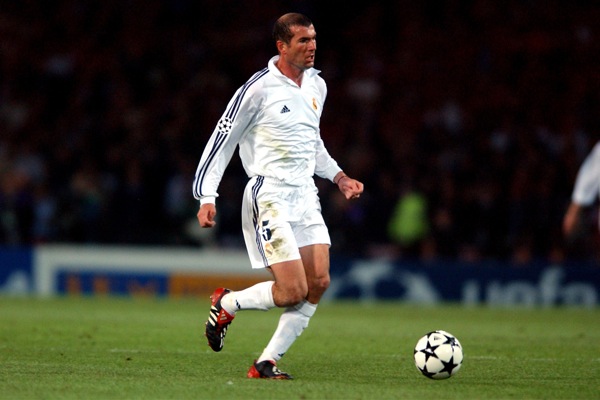 Zinedine Zidane in 2002: a vision in white

Real Madrid fans like nothing more than to indulge in the notion that their club, arguably the most glamorous sporting institution on the planet, has some sort of divine right to perpetual success. Outside of the Santiago Bernabeu’s imposing walls this unrepentant display of chutzpah is perceived as an insufferable arrogance upon which a good deal of scorn is poured.

However, in 2002 Los Blancos fleetingly transcended animosity and scepticism to convince the rest of the world, for a brief moment, of their claims to sporting beatification.

That year was the club’s centenary, an event which had been met with the great pomp and circumstance forever associated with the Spanish capital’s most famous institution. Florentino Perez, at that time basking in the high noon of his ostentatious galactico policy, had demanded significant success from manager Vicente Del Bosque – the pressure to perform more intense and uncompromising than ever before.

Despite an atmosphere of agonisingly imperial self-importance and the crushing weight of expectation, Del Bosque and his players delivered the ultimate triumph as Madrid overcame Bayer Leverkussen at Hampden Park to claim the club’s ninth European Cup – Zidane’s magnificent volley sealing a famous victory:

As well as being an iconic piece of footballing symmetry, the pinnacle of Madrid’s achievement was attained in a kit of astoundingly understated elegance. Traditionally all-white and devoid of sponsorship, Madrid’s kit that season had a celestial quality to it, a purity and clarity of vision that provided the perfect visual analogy for the team’s football. 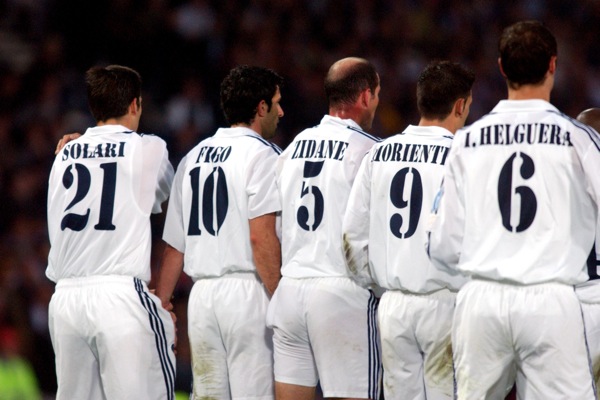 Del Bosque’s side, filled with world-class talents such as Roberto Carlos, Luis Figo, Zinedine Zidane and Raul, played a brand of football that season which seared itself into the mind of all who witnessed it. They may have struggled for domestic consistency, but Madrid’s football in Europe had a wonderfully aesthetic quality, a near-regal grace that simply didn’t require a gaudy kit to draw attention to itself. This was a kit in refined symbiosis with its wearers. 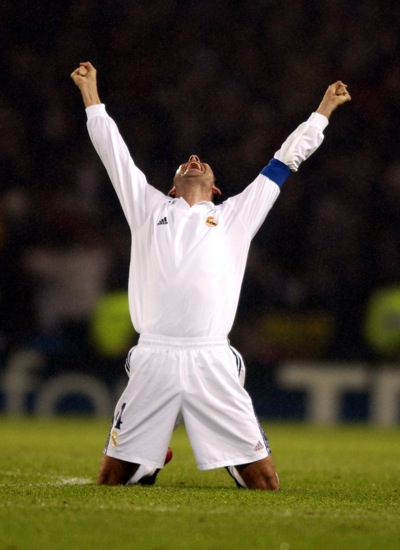 For it’s simple sophistication and effortless serenity, not to mention the captivating football that was played in it, Real Madrid’s centenary kit will always hold a special place in my affections.