Shirt manufacturers Pony are attempting to return to the lucrative football market with this viral spoof of Adidas’s Impossible Is Nothing adverts. They even brought in a David Beckham Shit Lookalike for the occasion.

It’s the Pony derby match between West Ham and Spurs, 1996. 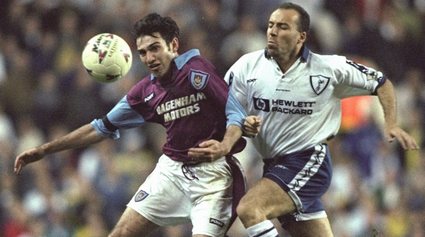 A pair of Southampton kits from back in the day. Chevron-tastic!

Do you have any favourite Pony kits or any old school kit suppliers you would like to see ‘Back In The Game’? Let us know.