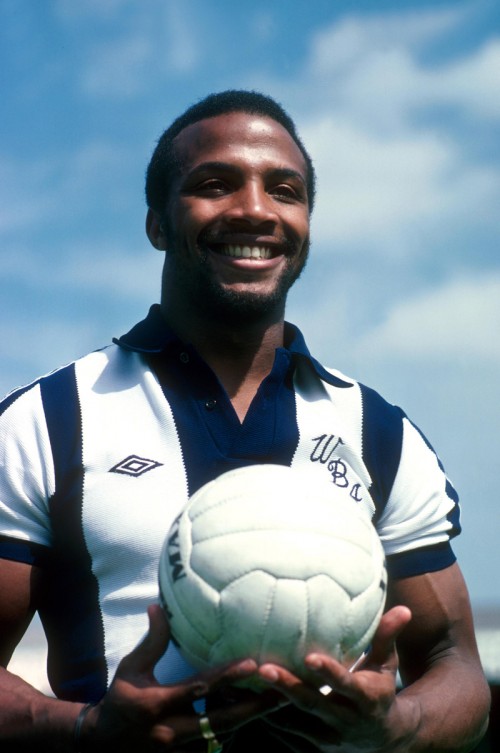 Choosing my favourite West Brom kit was easy. This was Umbro’s second kit design for the Albion, the addition of their diamond design running along the sleeves and shorts, adding a bit of ‘how’s your Father’ to what was an already beautiful home kit.

It’s all about the clean fat lines, the SUPERstripes and the minimalism. No emblem and certainly no large red-housed sponsor buggering up the front – just the simple lettering of W B A.

The shirt was paired with simple white shorts and socks, a world away from the hideous barcode striped shirts and nasty sock horrors of the late ‘90s. This was also well before the days of the truly awful ‘for the love of God’ experimentation with – dare I say it – red on the home kits started by Patrick and then carried on by Diadora from 2003-2005. Shudder. 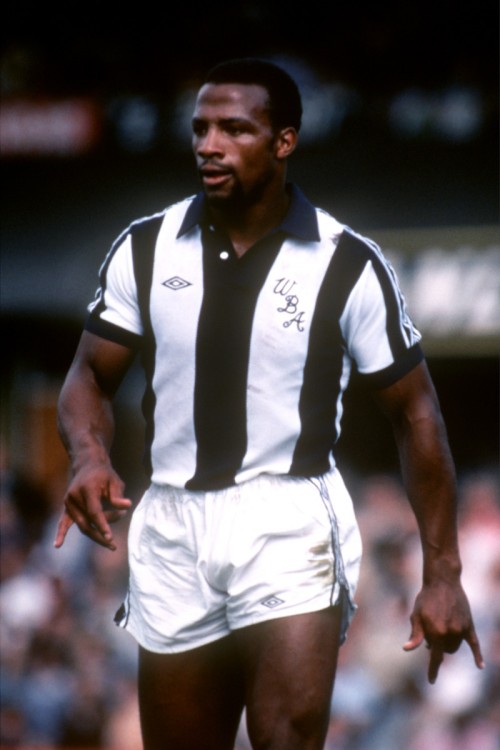 This 1977-81 kit speaks to me of Tony ‘Bomber’ Brown’s mud-tangled curly hair, wonderful slicing runs from the great, late Laurie Cunningham and thumping belters from the boots of Cyrille Regis.

These were the days of Ron Atkinson chewing menacingly from the dug out in a massive car coat, the Liquidator still being played at the Hawthorns and pies and Bovril at half-time.

It’s more than just a shirt – it’s an emblem of some truly great seasons and wonderful flair football, finishing fourth (that’s quite good isn’t it) in the old Division One in 1981, beating then-champs Liverpool at home watched by me, my Dad and his strange tartan flask. The years when we were playing ‘European football’ and teams like Valencia had the glorious and memorable opportunity to visit Smethwick, where the spiritual home of West Midlands football used to be and should be (and could be again) – and with an Umbro kit again, and thank the Lord for that.

More pics of the kit