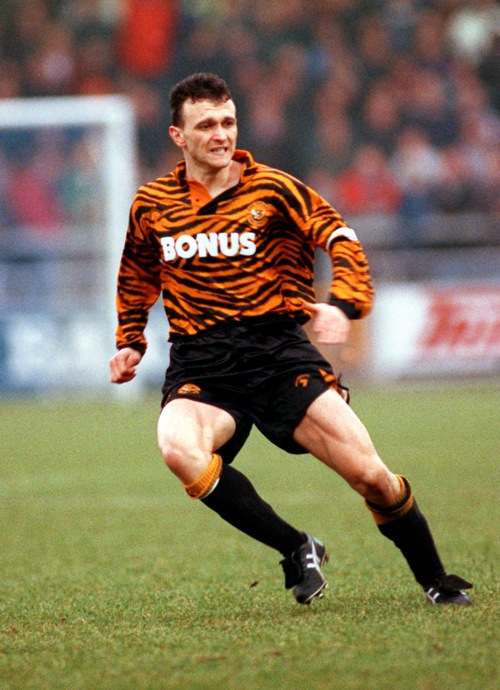 Well, we had to get around to this infamously shit kit sooner or later. Just because a club’s nickname is The Tigers, doesn’t mean you have to design quite such a literal-minded kit.

Hull’s home kit immediately afterwards was also shockingly grim and worthy of a place in the Shit Kits Hall of Infamy: 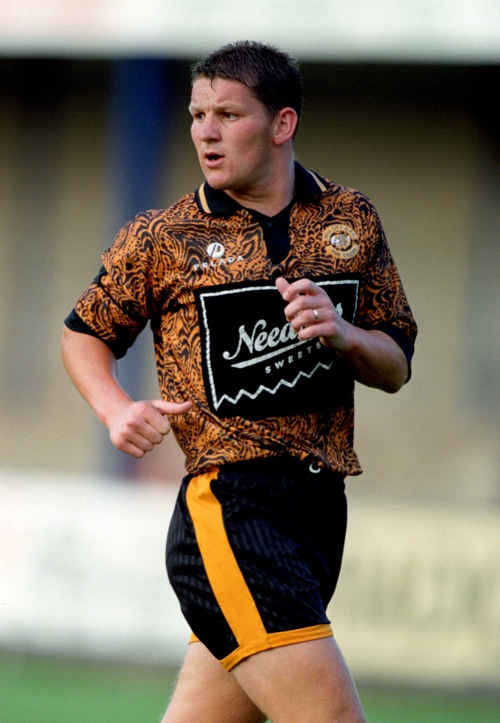 I like the way the shorts don’t appear to match the shirt in any way. And yes, that is a young Dean Windass. Well spotted.