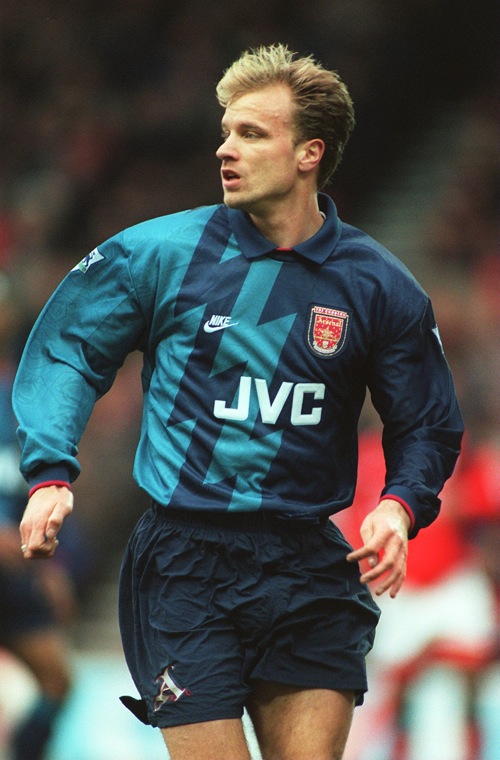 Now, I know this pick will be controversial and Marmitey, as some Gooners have a soft spot for their ‘blue lightning’ away kit of 1995-96. (And let’s be honest, it is nice to see the classic old Arsenal club crest, which remains a million times better than the current crest, which looks as if it was designed by a New Labour focus-group.)

But sorry, I think this is a properly shit kit, and mostly because of the crap lightning motif. It’s also a blatant – and inferior – rehash of Arsenal’s away shirt in 1994-95: 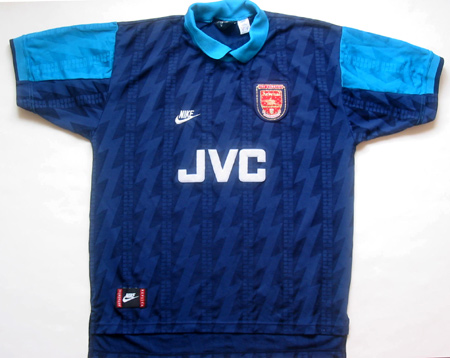 And it’s too blue. Arsenal kits should never be too blue.