“What is your favourite kit?” is a question that has a surprising amount of facets to it, if you’ve got too much time on your hands – which, fortunately for you, I have…

You’ve got the kits that actually look cool (I give you Zaire’s 1974 World Cup shirt), or kits that you can’t stop wearing (for me, Tottenham’s 1990-91 shirt. It still fits, if you overlook the slightly blue colour my arms go when wearing it).

There’s even kits that are so bad that in retrospect they can become funny. There’s no better example of this than the Hewlett-Packard/Pony collaboration for Spurs in the late 90s which acted as a nice microcosm of just how low the club had sunk from the halcyon days of Holsten and Hummel.

For me, it’s the England 1990 World Cup kit that sits the top of the pile. 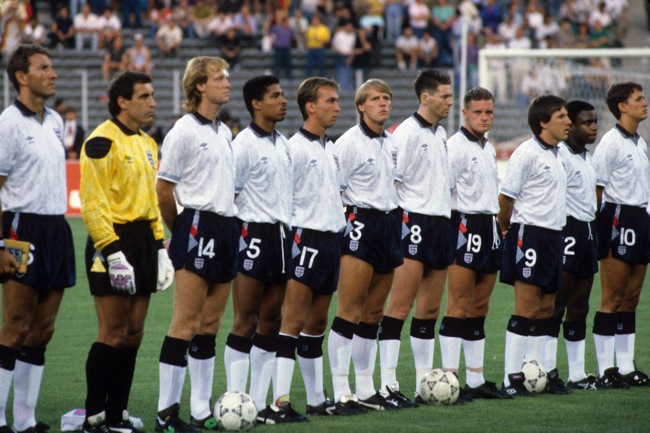 It just works on so many levels. For one, it actually looked good – back then, and even today. It’s a retro classic.

The obligatory England white was married with the only collar I’ve found that actually stays up every time you wear it (mainly so I can practise penalties a la Chris Waddle).

But that’s not the primary reason for it being number one.

It’s the memories. And I think that if you put 30 different kits in front of me, it’d be the performances, results, goals and players that each kit conjures up that would override any style concerns.

That kit reminds me of being allowed to stay up late to watch that agonising semi-final: the increasingly dodgy Shilts backpeddling like Bambi on ice; Lineker’s clinical equaliser; Gazza’s tears and Lineker telling the bench to “have a word”; the penalties. 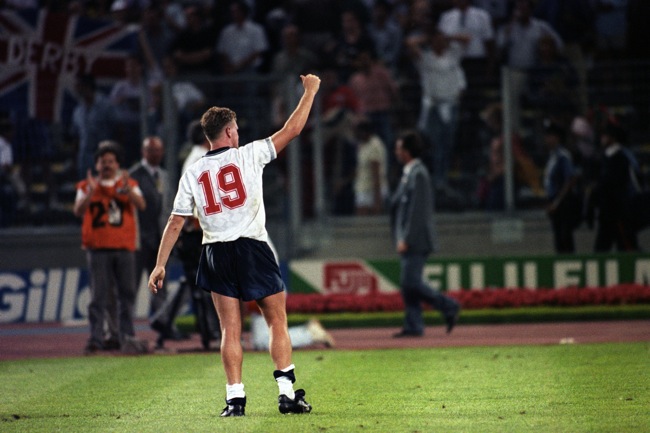 But even before that, there was Platt’s last-gasp volley against Belgium, Gazza’s Cruyff turn against Koeman and co., the Cameroonian’s giving us our toughest test and – against the Italians – Tony Dorigo in an England shirt. Which is just crazy.

For that, Umbro, I salute you. And thanks for all those bittersweet memories.