Is this what Arsenal will be wearing next season? 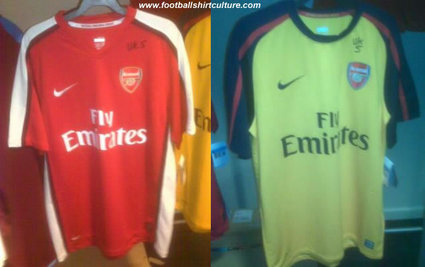 This is a “leaked” photo of Arsenal’s new home and away kits for the 2008/09 campaign. It’s been floating around the web for a while now, but I’m still suspicious of the photos’ authenticity.
To my eyes, the kits look unfinished, amateurish even – especially for Nike, whose shirts usually look pretty smart. That could be down to the poor quality of the images, but still, something doesn’t add up. And, there has been no official announcement from the club about their new shirts, so we’ll stay on the fence for now…

The tabloids, among others, noticed that the yellow/navy blue away shirt bears more than a passing resemblence to the famous away shirt of 1988/89 – memorably worn by the team at Anfield on that famous last day of that season, when Liverpool were defeated 2-0 and the league was won (see photo of Michael Thomas, below): 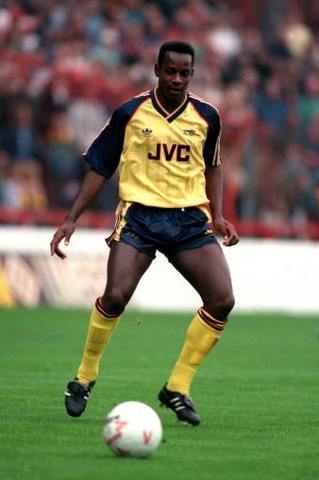 Different neckline, but the similarity is undeniable, right down to the red piping.
Gooners: if this is indeed your new strip, what do you think of it?