Blaugrana. Blue-red. The colours of Barça had to be the colours of my favourite kit, without a doubt. But which one of the many blaugrana kits should I choose to write about above all others? After all, there isn’t much you can do with our traditional stripes to make them innovative, unless you decide to spill a bottle of ketchup over your laundry, à la Athletic de Bilbao circa 2004.

But Nike, perhaps in compensation for having made loyal Barça fans suffer through a string of eye-searing away kits, made an effort in 2008 to bring something new to a team that dearly needed it… 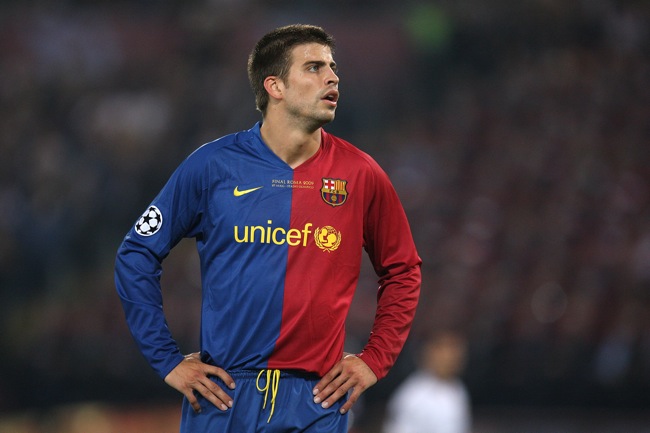 Simple and clean, the very essence of blaugrana, if you will. No frills, no nonsense, no silly collars, just one block of blue, one block of red, and a touch of yellow to echo the gold of the Barcelona crest.

It was a break from seasons upon seasons of stripes of varying widths, but it was also a sentimental call-back to the Centenary Shirt of 1998, also made of two halves, and modelled then by Pep Guardiola, a man who was making his return to the Camp Nou, although not to wear a kit again. 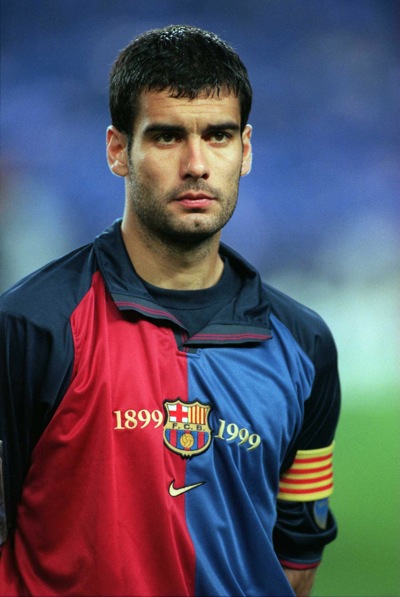 Although the departure from the traditional stripes caused a bit of an uproar at first, just like the appointment of a coach whose only experience was the Barça youth team, day by day and match by match the fans were seduced by the new kit and the new team.

A team which was made new by the departure of very significant names (there went the brilliant-but-declining Ronaldinho, the Juve refugees Zambrotta and Thuram, the problematic Deco, the even more troublesome Oleguer), by a few arrivals (most notably Dani Alves and a gangly youngster who, Sir Alex Ferguson notwithstanding, wanted to come home, Gerard Piqué), but particularly by the resurgence of the players already on the team (of Xavi, of Thierry Henry, of Messi, of Eto’o), who went from winning nothing to winning everything.

One shirt, so many trophies, so many memories… 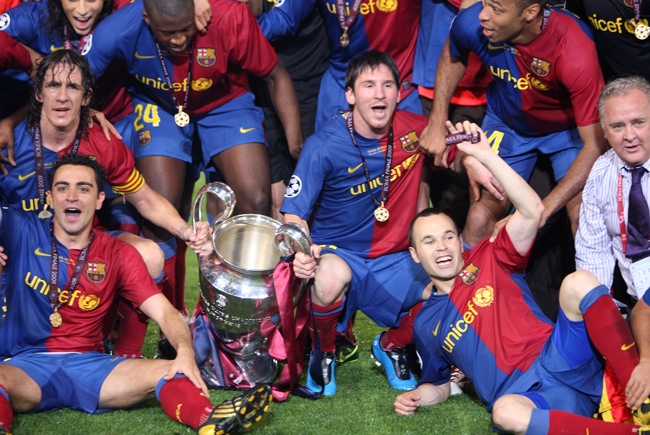 This was the shirt of the team who fought (sometimes literally) to win the King’s Cup, who cleanly swept the Liga from Real Madrid (and humiliated at home with a 2-6 that no Barcelonista will ever forget), who went into the Champions League final wearing the underdog tag and came away with the Triplete firmly in hand. This was the shirt of a team who rebuilt a style that would carry on despite the return of stripes the following season.

This is my favourite kit.

Ade C. is a writer for the Barcelona Offside and the Spain World Cup Blog. You can also follow her on Twitter