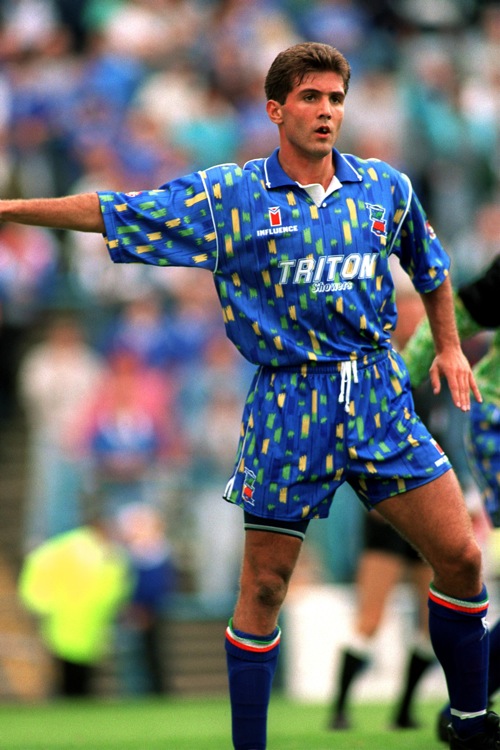 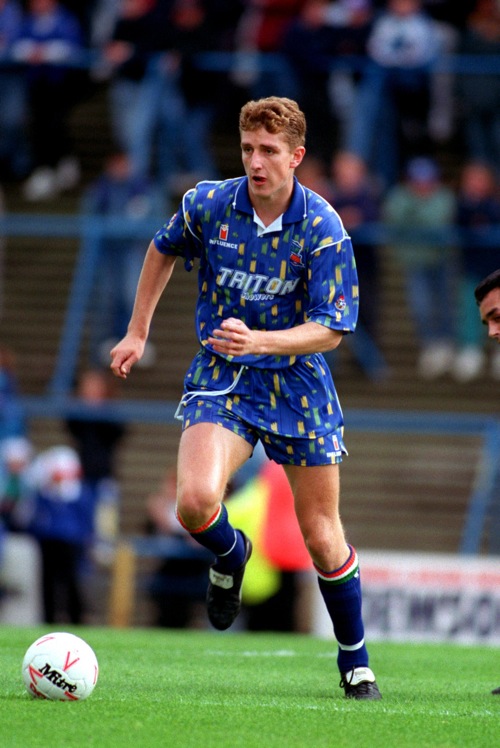 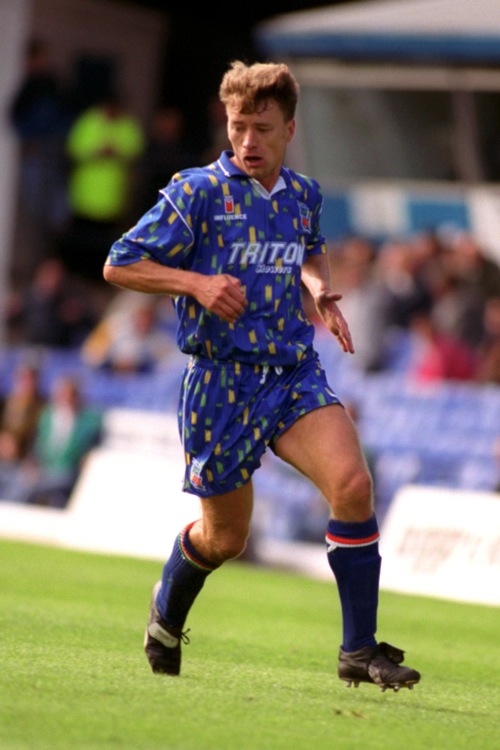 The keeper’s kit was just as bad. Take it away, Sir Les Sealey: 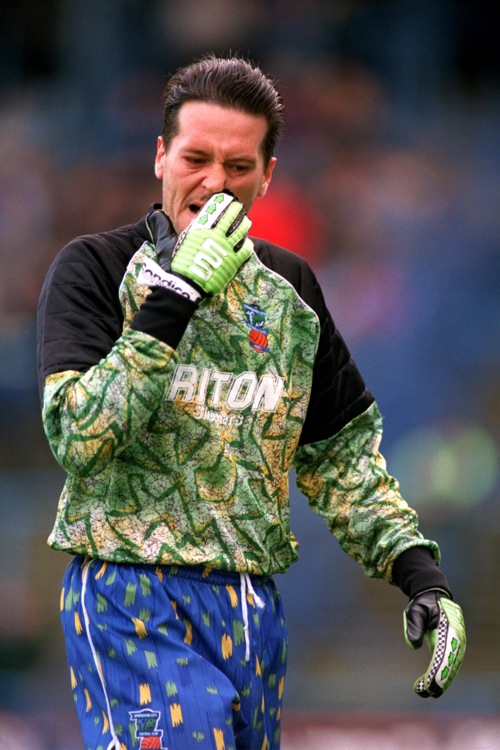 Bonus points for anyone who can identify the outfield players pictured above.