Ouch, that is nasty 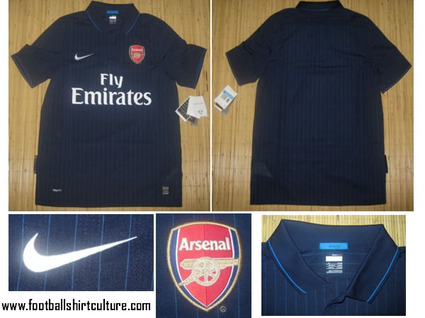 This is a leaked photo (montage) of Arsenal’s away kit for the 2009/10 season. First thing you notice…Â it’s blue, like the sort of blue worn by bitter rivals Spurs. Second thing you notice, it looks cheap and nasty. That’s what I think, anyway. Some of you might dig the colour and subtle pinstripes. Not me -Â I hope it’s a fake. Arsenal’s current yellow-and-blue away kit is much, much better.
The kit will be officially launched on 25 June. [@ Football Shirt Culture]