My favourite strip is the Sampdoria home kit of 1990-92. There are actually two slightly different kits, as the 1991-92 version has the Scudetto shield on the left breast following Samp’s Serie A title win. However, it seems churlish to distinguish between the shirt worn winning the Scudetto and the shirt that recognises that triumph. 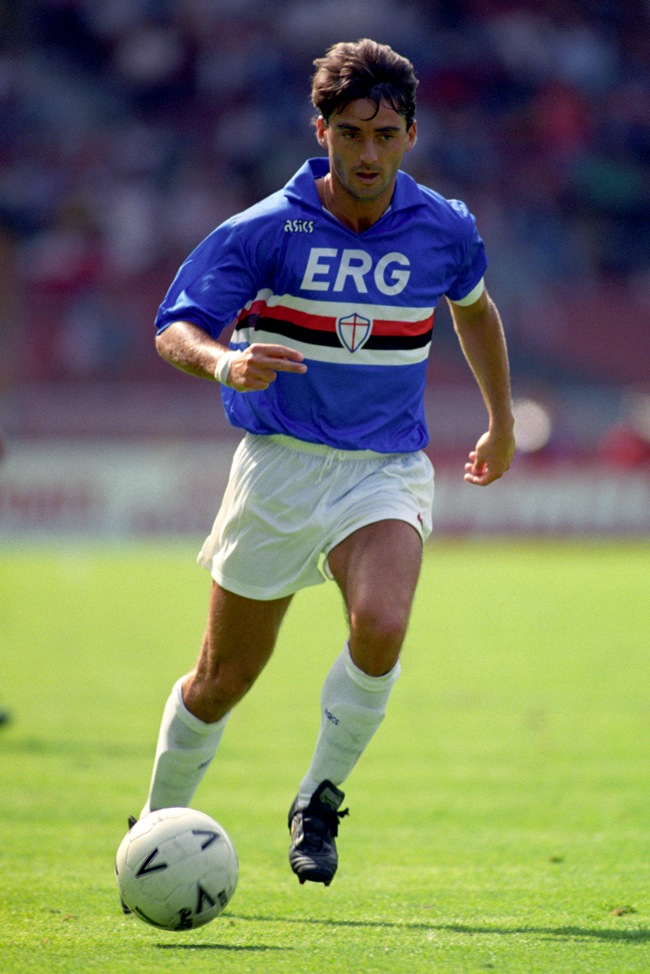 To love this shirt is to love the underdog. Samp had never finished above 4th in Serie A prior to the 1990-91 season, and while no means minnows, they were competing in indisputably the best league in the world at the time with a largely domestic cast. AC Milan were powered by the Dutch trio of Gullit, Van Basten and Rijkaard; Inter had a German cabal of Brehme, Matthaus and Klinsmann; and Samp had Vialli, Mancini (pictured above) and Lombardo (special mention to Gianluca Pagliuca – who despite not actually wearing this shirt was a massive part of the team and their success).

The team played a stylish brand of football, topping the scoring charts with a gluttonous (by Italian standards) 57 in the 34-match season. Vialli himself netted 19 times and was the league’s top marksman, Mancini was a stereotypically, elegant trequartista and Lombardo, who stuck out like a sore thumb in an otherwise glamorous side, looked like a pinball flying up the right-hand flank.

Samp couldn’t quite hit those heights again in the following Serie A campaign. They did make it to the 1992 European Cup final, and should have won – but Barcelona (playing in a horrible orange kit) squeaked home in extra time.

It was bold kit with an unusual and unique feature – the red, black and white band across the centre. The designs of the Italian league seemed stale and conservative to me. They were such a contrast to the rest of the Italian league at the time that I could not help to be enthralled by the team. That contrast was epitomised in the strip. 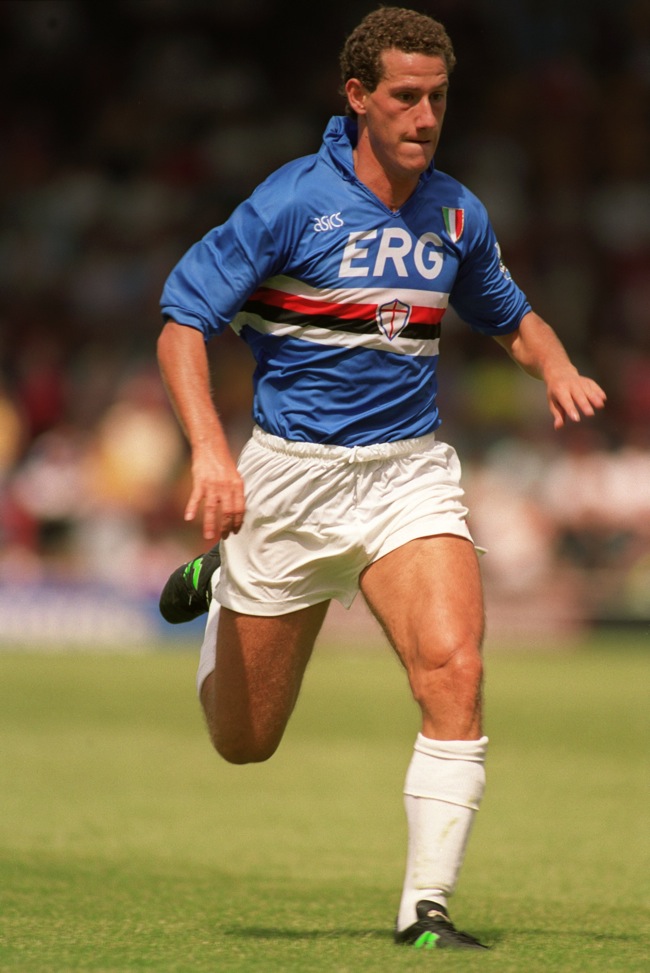 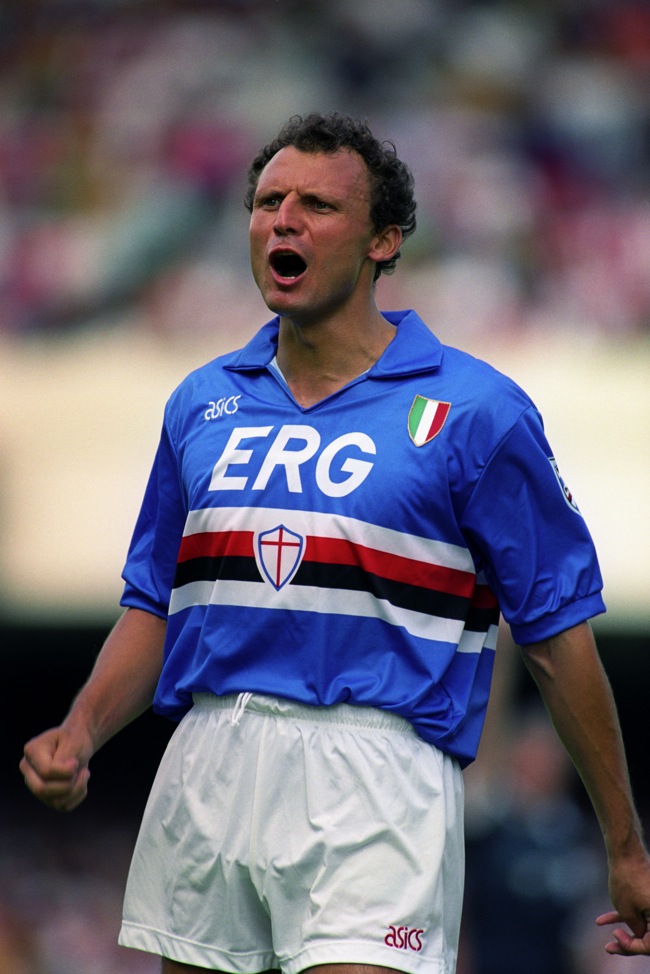 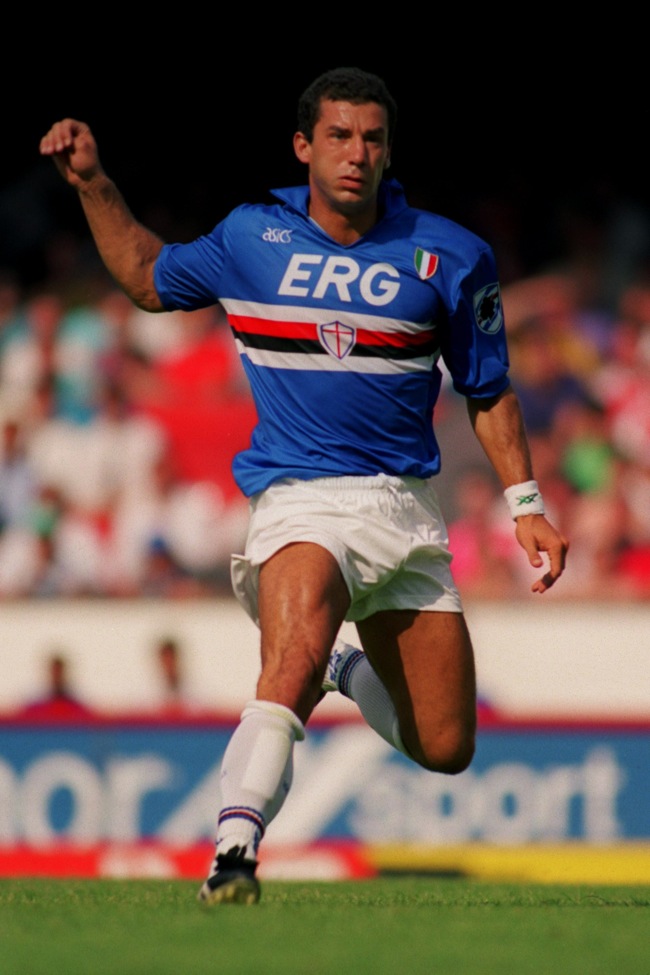