It was wet, humid and dark, but for the television screen glowing. I stood in front of the TV in my grandmother’s home in Johor Bahru, singing along to the German national anthem. This is in Malaysia, mind you. I didn’t care, I still stood proud in my Adidas Germany shirt, ball at my feet. I was as nervous as any other German in the Allianz Arena that night. Germany vs Costa Rica, the first real football game I had ever watched. Germany started well, Costa Rica were impressive in the first few minutes. Then came the moment that instantly made me loyal to Germany: Lahm’s goal…

It was gorgeous. One of, if not the best, goals I have ever seen scored in a World Cup finals opener. I was ecstatic, 1-0 to Germany. It was a fine game, 4-2 to Germany. 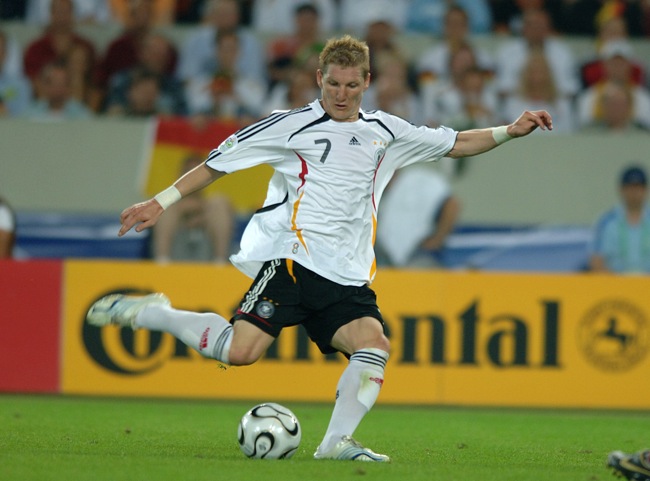 The Germany shirt for the 2006 World Cup, to me, is one of my all time favorites. White with the three black adidas stripes going down the arm. The black, red and yellow flashes down the sides of the body and continued on to he shorts were standout. I can’t even find the words to describe it. It was beautiful, simple, das ausgezeichneteste. I especially loved it when images of Miroslav Klose wearing it flashed. Germany wore it all through the tournament (why shouldn’t they with beauty like that). 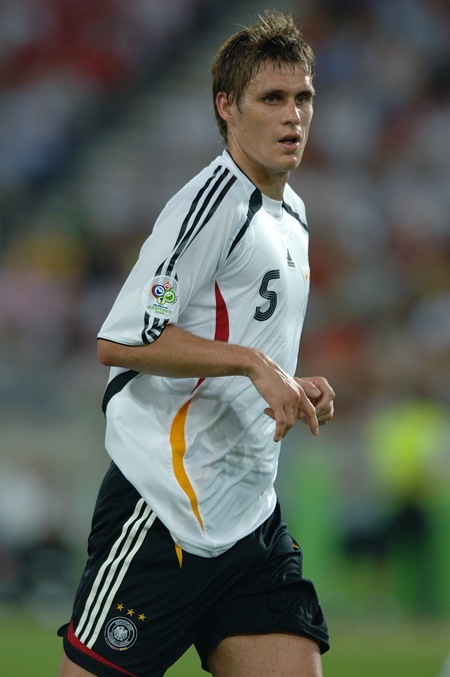 All in all, it is my all-time favorite kit. 5 years and two other kits on, I still have it in pristine condition. It was in this shirt that the German lads, Ballack, Lahm, Schweinsteiger, Friedrich, Podolski, Lehmann, Metzelder, Frings, Schneider,  Mertesacker and last but not least Klose, showed me the beauty of football. Not the Brazils or the Argentinas or Italy, but Germany. Thanks to Germany, I have a style of play that is totally different than other boys at the park so, Danke Schen Deutschland. 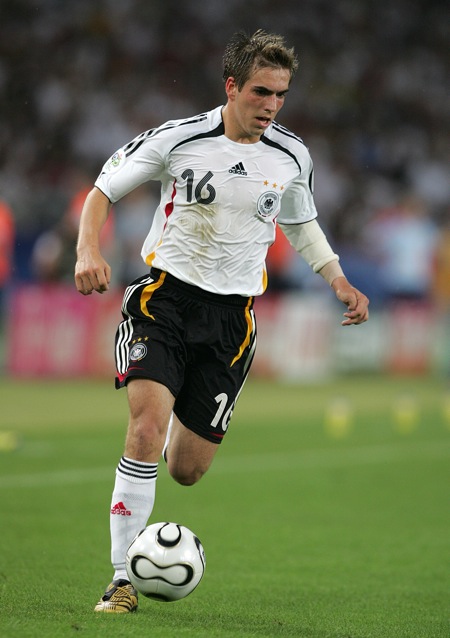