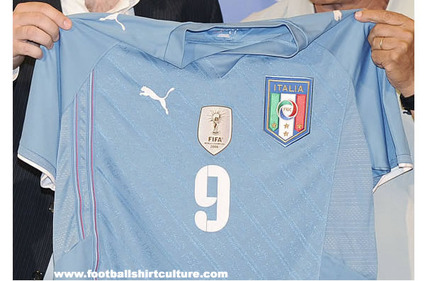 Italy will wear this unusual new Puma kit during this month’s Confederations Cup in South Africa (the other competing nations are Egypt, USA, Iraq, Spain, Brazil, New Zealand and the hosts). As you can see, it’s a much lighter shade of blue than the usual “Azzurri blue”. The new blue is more typical of the home kits won by Napoli and Lazio, and harks back to the 1930s, when Italy did play in pale blue.
A Puma spokesman said: “This choice was made to honour [Italy’s] early Thirties national team, that used to wear light blue, with black shorts. We choose a dark brown for aesthetic reasons.”
That’s right folks! Dark brown shorts (or white shorts), with brown/white socks. Check out a picture of the socks after the jump… 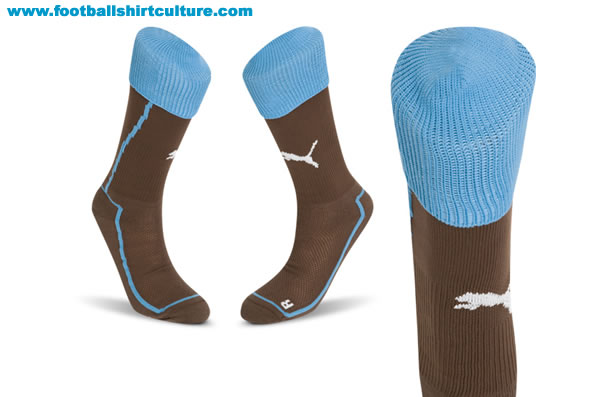 [@ Football Shirt Culture]
I never thought I’d day this about brown and blue socks, but I like it! What say you?
PS. Italy will revert to their usual Azzurri blue after the tournament.