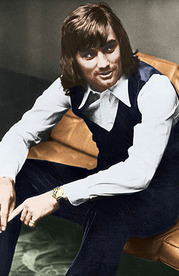 This post may contain men in pants…
1. George Best’s Boutique
The fifth Beatle lived up to his nickname. Best dressed like a pop star and was one of the first high-profile players to open his own fashion boutique. He was one of the most fashion-conscious footballers of his era, even if he did admit to opening his boutique because it made it easier to “pull the birds”. And, because he was such a brilliant player, Best made it OK for players to care about looking good off the pitch. 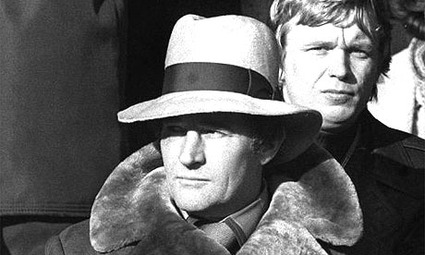 2. Malcolm Allison’s Fedora
If Best was the first truly glamorous player, Big Mal was the first superstar manager – in his mind anyway. Allison’s fedora, often combined with a cigar and a sheepskin coat, became his trademark. More managers should wear hats. Phil Brown in a reversed Kangol cap? I’d pay to see that.

3. Waddle and Hoddle’s Mullets
Ah, the Eighties… So much to answer for, and yet everyone’s going Eighties crazy right now, with Ray-Ban Wayfarers and deck shoes in full effect. But the one fashion statement of that decade yet to come back into fashion is the mullet, a haircut which 99.6% of footballers sported back then. No one sported a better mullet than Britain’s favourite football double act, Glenn and Chris. 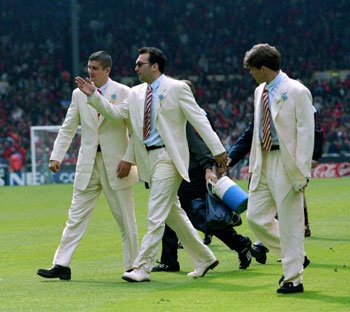 4. Liverpool’s White Suits
The 1996 FA Cup Final between Liverpool and Man Utd was a bit rubbish. The best thing about it was the off-white suits worn by Liverpool’s players before the game. The suits attracted a little too much attention though. Robbie Fowler, (who wasn’t really one of the club’s best-looking Spice Boys), blamed it all on Liverpool’s goalkeeper at the time: “It was David James’ fault we wore white suits, it was his idea. He’s bigger than everyone so nobody questioned him and at the time he was an Armani model.” Fair enough. I wouldn’t mess with Jamo either. 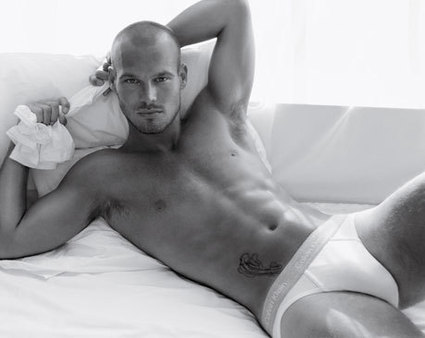 5. Freddie Ljungberg’s Pants
Freddie is the only man to match Becks in the underwear department. But the Swede’s modelling career began to detract from his football. By the end of his career in England, he was mostly known as “that Swedish dude in the CK pants, you know, the one who used to play football a bit”. 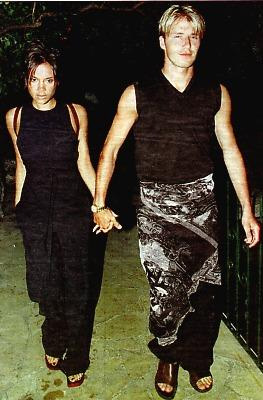 6. David Beckham’s Sarong
It takes a very brave man to be seen in public wearing a sarong knowing you have to go back to a day job where your boss is Alex Ferguson. Fergie certainly didn’t like the paparazzi-courting side of Becks, (and you could argue that in the end it cost him his career at Man Utd), but the infamous sarong incident proved that Beckham was blessed with huge self-confidence and also destined for super-stardom. 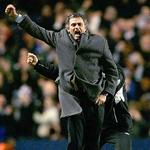 7. Jose Mourinho’s Armani Coat
In his first year at Chelsea, the Special One’s grey Armani overcoat – all Â£1,200 of it – was an object of strange fascination for most football writers. They had never seen such a stylish manager on a British touchline, except on the occasions when European teams payed a visit. Mourinho’s sartorial influence cannot be understated: before he arrived at Stamford Bridge, British managers were more than happy to wear tracksuits, 24/7. Now almost every manager in the Premier League dresses smartly on match day. Even Fergie bought a new black overcoat so Mourinho wouldn’t make him look bad. 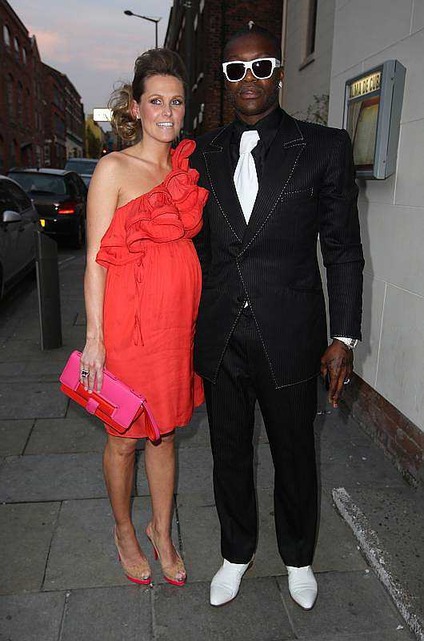 8. Everything Djibril Cisse Wears
Words barely do justice to Djib’s incredible fashion sense. All I’ll say is, he looks like he got dressed in the dark… but somehow he makes it work. [Top six ridiculous Djibril Cisse looks]

9. Cristiano Ronaldo’s Tan
Accessorise with crutches, teeny-tiny shorts and big-ass sunglasses. C-Ron’s mahogany skin tone is a huge part of his fashion sense – and no doubt he’ll be spending most of his summer holiday laid out on some sun lounger, with a new WAG to rub suncream into his back. I happen to think Ronaldo dresses like a gay Guido, but he does know how to rock the tan. 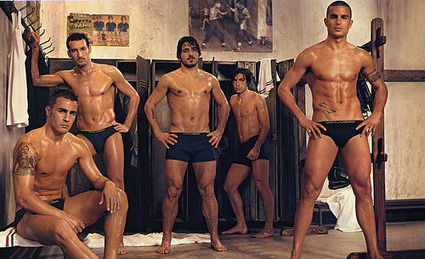 10. The Italian Team’s D&G Underwear Ads
Beckham and Ljungberg made it OK for footballers to appear on massive billboards wearing nothing but tight underpants. Now everyone’s at it, most notably the Italian stallions who posed for the recent series of D&G underwear ad campaigns. It just wouldn’t work with Paul Scholes, would it?
[This post was written for our lovely fwiends @ Kickette]