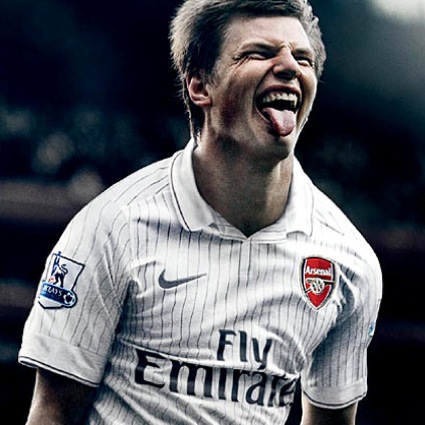 Did Arsenal get Arshavin to replicate his famous goal celebration for a photo shoot for the Gunners’ new third kit, or is this just a very good bit of Photoshopping?
Either way, Arsenal’s new third kit is rather smart, even if some Gooners have complained that it looks a bit too much like Tottenham’s classic home kit (it doesn’t really); I’m sure most Spurs fans would kill to have a nice simple Nike kit like this, rather than the horror show that Puma has foisted upon ‘Arry’s army.
More photos of the kit below… 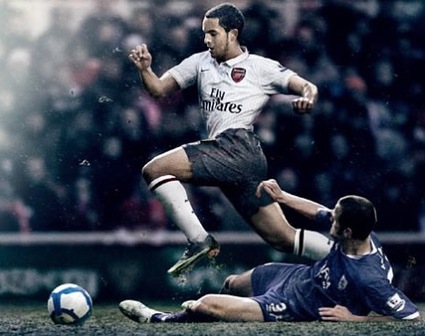 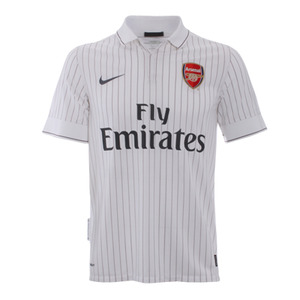