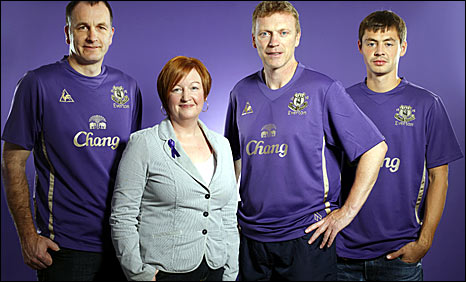 This is officially the fastest-selling kit in Everton history, breaking the record set by the current home kit, even though it’s only available to pre-order.

It’s a limited edition, purple-and-gold kit, launched to help raise money for the Liverpool Unites children’s charity, set up to help underpriveleged kids after the murder of schoolboy Rhys Jones.

According to a press release on the charity’s website, £100,000 is hoped to be raised by the sale of the shirt. The release also says:

“Each shirt will be individually boxed, numbered and presented with a certificate of authenticity.

“It can be pre-ordered from evertondirect.com from Friday 9 October for delivery on first release date of 30 October.

“The shirt will be officially launched at a special black tie dinner at Club Everton in Goodison Park on Thursday 29 October 2009.”

Quite apart from the fact it’s for a very good cause, Pies thinks the kit is super-smart. You like? 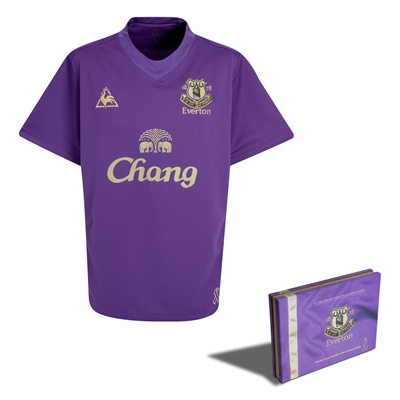 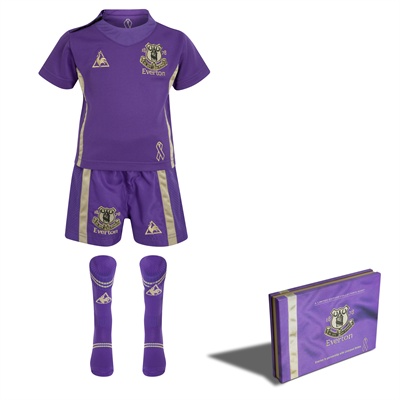