Back from the clear blue yonder, it’s Pies’ Shit Kits series (pause for applause, and…continue) and we thought we’d wade back into the water with a ‘Grade A’ doozy of a stinker – namely, Atletico Madrid’s frankly disgusting ‘Spider-Man 2’ movie tie-in away strip from 2004… 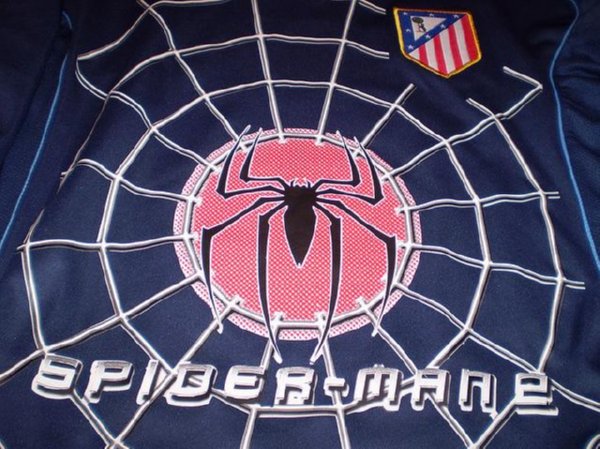 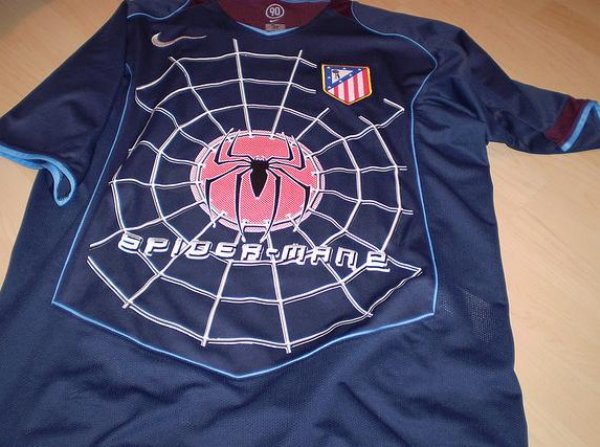 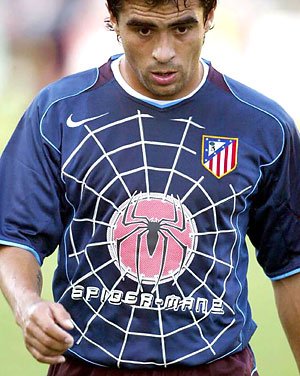 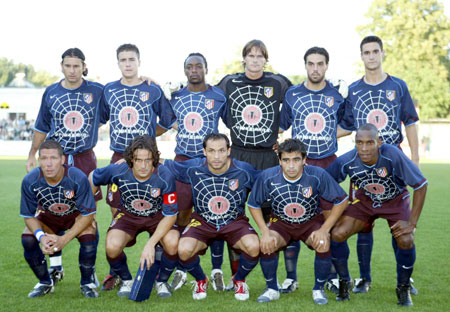 ‘But just how did this cobwebby monstrosity come about?’, I hear you cry.

You see, Atletico were sponsored by Columbia Pictures at the time, who would change the shirt logo every so often throughout the 2003/04 season to promote their latest godawful movie – e.g celluloid classics such as ‘Hitch’ and ‘White Chicks’…

Sigh, those were the days.

Blackpool Take Us To Pleasure Island, 1994